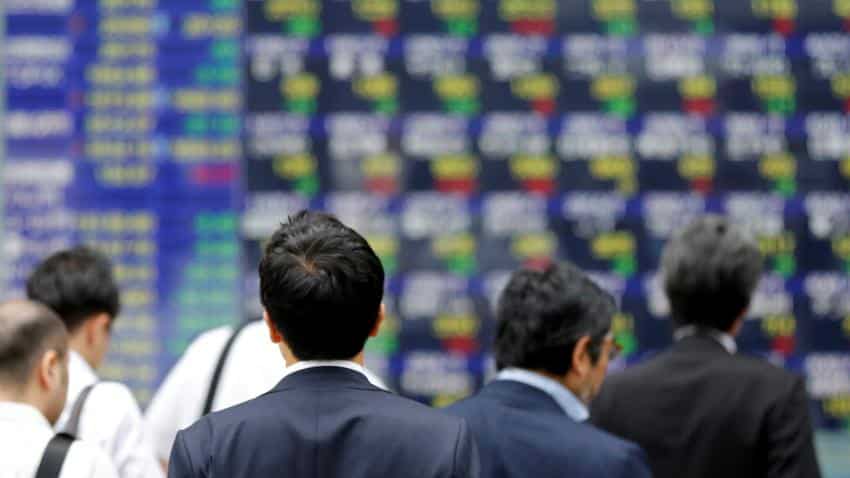 People walk past an electronic stock quotation board outside a brokerage in Tokyo. Image Source: Reuters
Written By: Reuters
RELATED NEWS

The U.S. House of Representatives initially passed the tax legislation in a Tuesday afternoon vote, but the bill included provisions that did not comply with Senate rules. The Senate was expected to vote on a revised version of the bill, with the offending provisions removed. If the Senate approves the bill as expected, the House will vote again on Wednesday.

The bill slashes the corporate income tax rate to 21 percent from 35 percent. That would boost overall earnings for S&P 500 companies by 9.1 percent, according to UBS equity strategists, though some investors said those expectations are already reflected in recent stock market gains to record highs.

Congress is also struggling to pass a temporary spending bill by midnight on Friday to fund the government and avert a partial shutdown.

"We need to confirm the passage of the tax bill, and the avoidance of a shutdown by Friday, and these two things are necessary before the dollar can move higher, as the market waits for these developments," said Masafumi Yamamoto, chief currency strategist for Mizuho Securities in Tokyo.

Central bank governors of Estonia, Slovakia and Germany all discussed on Tuesday the need to shift the debate from bond purchases to other tools such as interest rates.

"That`s re-igniting the debate about ECB tightening, so despite the outlook for the U.S. tax bill passage, euro-dollar is strong right now," Yamamoto said.

Against a basket of six rival currencies, the dollar was slightly higher on the day at 93.464 <.DXY>.