US stocks eked out gains on Thursday following upbeat earnings and forecasts from Wal-Mart and as higher oil lifted energy shares. 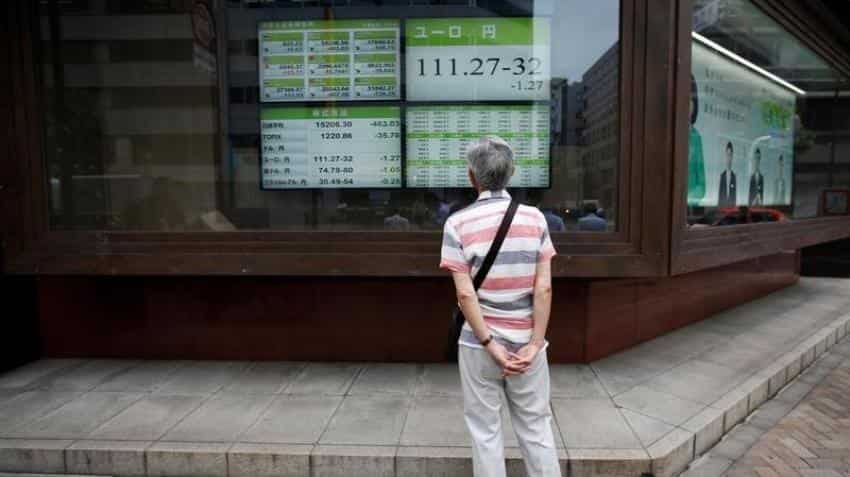 The dollar remained on the defensive after sliding to an 8-week low overnight in response to the Fed's minutes. Photo: Reuters
Written By: Reuters
RELATED NEWS

Asian stocks edged up on Friday as Wall Street benefited from buoyant crude oil prices and expectations US borrowing costs will remain at stimulatory levels at least until year-end.

MSCI's broadest index of Asia-Pacific shares outside Japan stood steady. The index was on track to rise 0.25% on the week, during which it reached a 1-year high.

Global equities received a lift this week after the Federal Reserve's July policy meeting minutes showed that the US central bank was in no hurry to hike interest rates.

"With central bank support, equities have been able to navigate thin summer trading and corporate reporting season with minimal volatility."

US stocks eked out gains on Thursday following upbeat earnings and forecasts from Wal-Mart and as higher oil lifted energy shares.

In currencies, the dollar remained on the defensive after sliding to an 8-week low overnight in response to the Fed's minutes.

New York Fed President William Dudley, who said earlier this week that the central bank could possibly hike rates in September, reinforced his hawkish message on Thursday but that did little to support the bruised dollar.

A weaker greenback tends to help commodities as it favours non-US buyers of dollar-denominated products.

In addition to a sagging dollar, crude oil has been boosted as the world's largest producers prepared to discuss a possible freeze in production levels.

Both benchmarks have risen more than 20% from a low in early August on news the Organization of the Petroleum Exporting Countries (OPEC) and other key exporters may revive talks on freezing output levels when they meet in Algeria next month.

The rapid rise puts oil, technically, in a bull market. Benchmark copper on the London Metal Exchange was flat at $4,8907 a tonne after rising 0.7% overnight.