Broad risk sentiment remains on the back foot as oil prices tumbled on news of a surprising jump in U.S. government stockpiles. 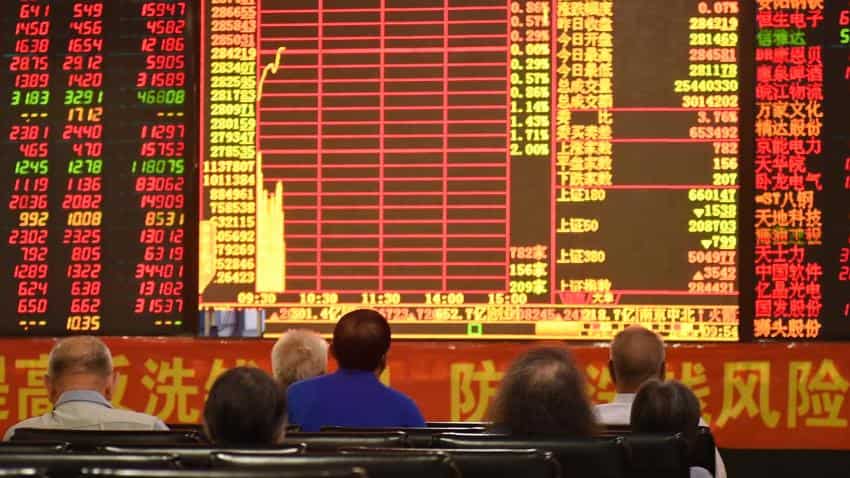 Asian shares were mixed on Thursday, with only China and Hong Kong shares showing some gains.

The reversing recent gains was following losses on Wall Street, though regional currencies rose after Beijing let the Chinese yuan strengthen to mark the one-year anniversary of a landmark devaluation.

The Japan’s Nikkei 225 is closed for a holiday.

Broad risk sentiment remains on the back foot as oil prices tumbled on news of a surprising jump in U.S. government stockpiles and as Singapore, the region`s bellwether for trade, cut its economic forecast for the year by dowgrading it to 1-2% this year against the previous 1-3% led by Brexit fear.

"I still think the investors are trying to hang in there for the rally and while the general opinion seems to be that the Chinese authorities have steadied the ship, it is still a bit too early to draw that conclusion," said Cliff Tan, Bank of Tokyo-Mitsubishi UFJ`s east Asia head of global markets research.

MSCI`s broadest index of Asia-Pacific shares outside Japan fell 0.5 percent. It hit a one-year high on Wednesday and has broadly outperformed the MSCI world index since end-June.

The surprising jump in U.S. government oil stockpiles weighed on the S&P 500 and Dow Jones indices, which closed 0.29 percent and 0.20 percent down, respectively.

The energy sector was among the worst-performing of the 10 major S&P groups, falling 1.4 percent after data from the U.S. Energy Information Administration (EIA) showed U.S. crude inventories rose 1.1 million barrels in the weekend of Aug. 5, a third consecutive weekly rise that surprised the market.

In currency markets, the dollar was broadly flat against a basket of currencies, curbing recent losses sustained in the wake of Friday`s strong U.S. jobs report.

The Chinese yuan led regional currencies higher after the People`s Bank of China let the yuan appreciate slightly to mark the anniversary of the one-year devaluation.

It has weakened by more than 8 percent since then, though some analysts say that weakness may be fading.

"There have emerged signs the yuan has stabilised somewhat recently as capital outflows have eased and the market has adjusted the expectations on Fed`s rate hike process," said Zhou Hao, senior emerging market economist, Asia at Commerzbank AG.