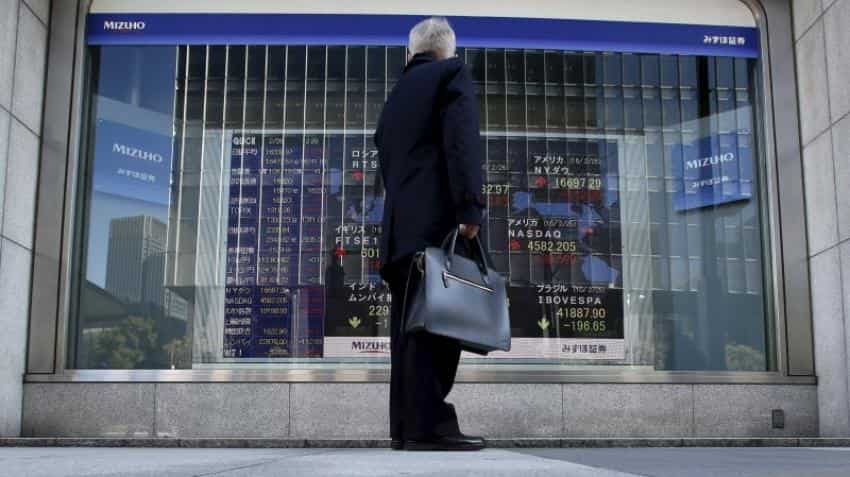 Gold traded at $1,332.36 an ounce , having climbed 1.6% as the US dollar declined. Photo: Reuters
Written By: Reuters
RELATED NEWS

Asian shares look set to rise for a sixth straight session on Thursday after the Federal Reserve left US rates unchanged and plotted a lower trajectory for future hikes, slugging the dollar and boosting commodity prices.

Traders expected stocks to at least match the 1.1% gain enjoyed by the S&P 500. MSCI`s broadest index of Asia-Pacific shares outside Japan was seen testing its recent one-year peak.

While Tokyo was on holiday on Thursday, stocks were boosted on Wednesday by the Bank of Japan`s shift to targeting a positive yield curve, a move that was considered bullish for banks, insurers and pension funds.

The US Fed did highlight the risk of a hike in December, but the forward guidance on rates - known as the dot points - left investors feeling any tightening would be glacial at best.

Market pricing for a December move rose only a fraction to 59.3%, from 59.2%, according to CME Group`s FedWatch program.

Richard Franulovich, an analyst at Westpac, noted that back in June the median dot showed five hikes to end-2017. Now it was down to just three. The estimate of the long run neutral rate had also fallen 12.5 basis points to 2.875%.

The yen had gained broadly after the BOJ`s shift to yield curve control - already abbreviated by the market to "YCC" - left some unimpressed.

"Fundamentally, it did not amount to an easing of monetary policy, but merely offers policy tweaks at the margin and a strengthening of forward guidance," said Frederic Neumann, co-head of economic research at HSBC.

"The BOJ now essentially promises to purchase JGBs for even longer, until inflation exceeds, and not merely meets, its 2% inflation target."

Another central bank struggling with too-low inflation is the Reserve Bank of New Zealand and it renewed a pledge to lower rates again on Thursday even as much of the domestic economy is growing briskly.

The RBNZ`s blunt statement that further easing would be needed knocked the local dollar down half a US cent to $0.7340 , but the market has found it hard to sell a currency that still offers an overnight interest rate of 2%.

Oil prices had climbed as much as 3% on Wednesday after a third surprise weekly drop in US crude stockpiles boosted the demand outlook in the world`s largest oil consumer. Another supportive factor was an oil workers` strike in Norway, which threatened to cut North Sea crude output.