"Next week, we have events that would make investors more sober, such as OPEC meeting and Italian referendum. By then this Trump-inspired market may come to an end for now," said Norihiro Fujito, senior investment strategist at Mitsubishi UFJ Morgan Stanley Securities. 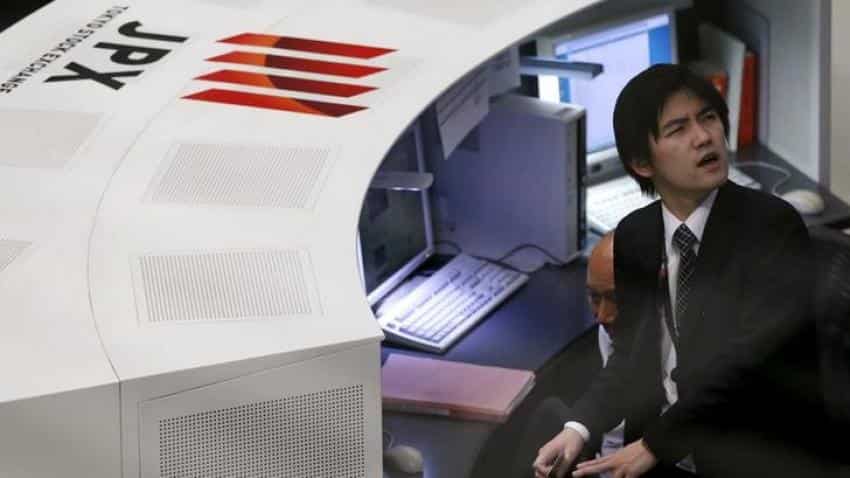 Employees of the Tokyo Stock Exchange (TSE) work at the bourse in Tokyo. Photo: Reuters
Written By: Reuters
RELATED NEWS

Asian shares were on the defensive on Monday, undermined by fears that the strength in the U.S. dollar and rising U.S. bond yields since Donald Trump`s election to president could accelerate fund outflows from emerging markets.

Trump`s unexpected election victory has led to a major repricing of assets, with investors rushing to buy U.S. stocks and the dollar, while dumping bonds and emerging market assets.

Carrying out even some of his plans for deregulation and tax cuts would undermine assumptions investors had long held - that the U.S. economy would grow modestly and inflation would remain tame in the foreseeable future.

Trump`s protectionism could hurt many of U.S. trade partners, including emerging markets which could see decline in exports to the U.S..To be sure, investors have little idea to what extent

Trump can implement his proposals, including slapping tariffs on major trading partners such as China and Mexico and heavy tax cuts that would widen the U.S. fiscal deficit.

Some investors think the market will have reality check as soon as differences between the new administration and Congress appear over some of Trump`s policies.

"Next week, we have events that would make investors more sober, such as OPEC meeting and Italian referendum. By then this Trump-inspired market may come to an end for now," said Norihiro Fujito, senior investment strategist at Mitsubishi UFJ Morgan Stanley Securities.

Yet heightened uncertainty prompted investors to demand a larger premium for holding long-term U.S. debt, with the 10-year U.S. Treasuries yield soaring to 2.364 percent by last week from around 1.86 percent before the elections.

It last stood at 2.353 percent, with a rise above its 2015 peak of 2.5 percent seen as having potential to spark a further sell-off as bond prices fall.

It has risen almost 10 percent from its low of 101.19 hit on Nov 9, when markets initially took Trump`s victory will trigger a rush to safer assets such as the yen.

The data from the U.S. financial watchdog showed on Friday that in the first week after the U.S. elections speculators hardly increased their net long positions in the dollar.

"This suggests the leveraged fund community largely missed out on the dollar rally," analysts at ANZ Research wrote.

Oil prices rose in early Monday trade after five-percent gains last week, their first weekly gains in about a month, on growing expectations that OPEC will find a way to cap production.

The Organization of the Petroleum Exporting Countries is moving closer to finalising its first deal since 2008 to limit output, with most members prepared to offer Iran flexibility on production volumes, ministers and sources said.