MSCI`s broadest index of Asia-Pacific shares outside Japan was down 0.1% in early trade. 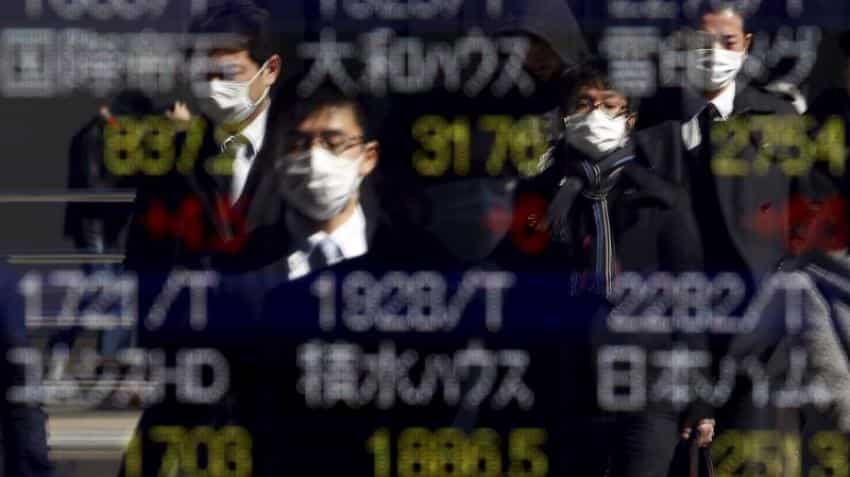 Over the past month or so, financial markets have been buffeted by rising protectionism under the Trump administration, and the President`s latest comments on China does little to raise confidence on trade relations between the world`s two biggest economies.

The offshore yuan stood flat at 6.8476 per dollar. In onshore trade, the yuan fell 6.6% last year in its biggest drop in over 20 years. All eyes are on the Chinese markets which open shortly.

MSCI`s broadest index of Asia-Pacific shares outside Japan was down 0.1% in early trade after four straight days of gains while Japan`s yen-sensitive Nikkei was off 0.7%.

The MSCI world equity index, which tracks shares in 46 nations, rose 0.15% to 446.69 on Thursday, touching a record peak at 447.67 at one point and extending its gains so far this year to almost six%.

Leading the gains were emerging markets, which have rallied more than 10% since the start of the year, thanks to signs of a pickup in global economic activity.

On Wall Street, the Dow managed to notch a record high for a tenth straight session, the longest streak since 1987. The streak of gains is the longest for the index since March 2013.

Traders have bet on tax cuts, less regulation and more infrastructure spending from Trump and the Republican-controlled Congress to bolster the US economy.

"There are strong expectations on tax cuts in the US markets. On the other hand, the chance of a Fed rate hike in March seems limited, which is also helping shares," said Masahiro Ichikawa, senior strategist at Sumitomo Mitsui Asset Management.

U.S. Treasury Secretary Steven Mnuchin on Thursday laid out an ambitious schedule to enact tax relief for the middle class and businesses by August, but added the Trump administration was still studying a border tax.

As Trump has promised a "phenomenal" plan by early March to cut business taxes, many investors expect more clarity when he delivers a speech to Congress on Tuesday.

Wednesday`s Federal Reserve minutes, which showed that there was less urgency among voting members to raise interest rates, have helped to drive down US Treasuries yield and the dollar.

Oil prices held firm near the top of their trading ranges, thanks to high compliance among the OPEC countries to curb output. US crude futures traded at $54.36 per barrel.