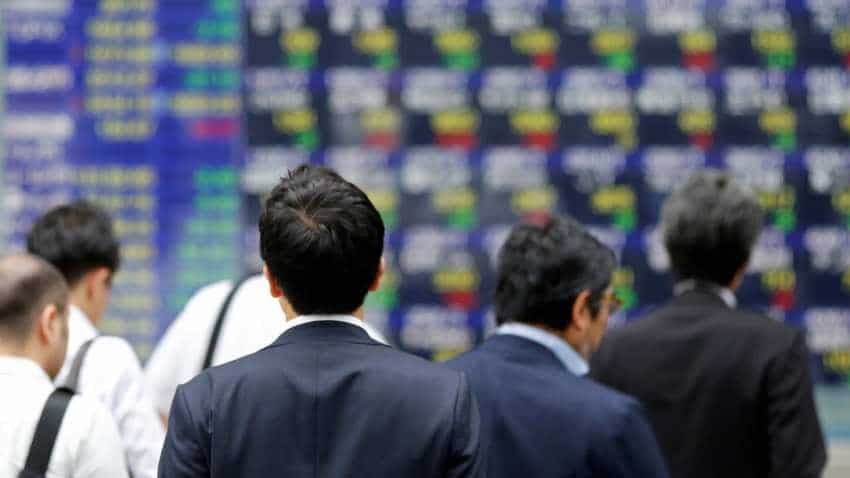 Tech shares came under pressure after China`s Tencent Holdings Ltd reported its first quarterly profit fall in nearly 13 years on weak gaming revenue. The knock to the rest of the sector sent South Korea`s Samsung Electronics to a one-year low.

"Also, Tencent`s earnings shock hurt tech stocks, sending the tech-heavy Nasdaq lower. It reminded investors that the U.S.-China trade spat is starting to harm the health of even the tech firms, which had been a major driver of the U.S. share rally."

U.S. crude oil fell to two-month lows, falling 0.6 percent in early Asian trade to as low as $64.42 per barrel, after Wednesday`s 3.2 percent fall.

The escalation in global trade tensions continued to weigh on sentiment with Beijing lodging a complaint to the World Trade Organization to determine the legality of U.S. tariff and subsidy policies.

The United States on Wednesday ruled out removing steel tariffs that have contributed to a currency crisis in Turkey even if Ankara frees a U.S. pastor, as Qatar pledged $15 billion in investment to Turkey, supporting a rise in the Turkish lira.

The euro and the offshore Chinese yuan bounced back following a report that Chinese delegation led by vice commerce minister Wang Shouwen will travel to the United States for trade talks in late August.