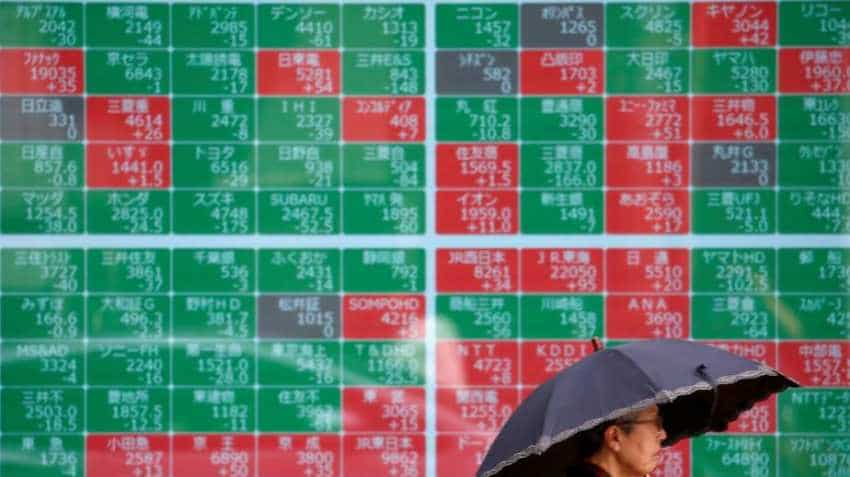 The United States and China both said on Friday that they had made progress in talks aimed at defusing their protracted 16-month-long trade war, and U.S. officials said a deal could be signed this month. But in a morning note, analysts at National Australia Bank sounded a note of caution.

"As much as the U.S.-China trade updates continue to point to a Phase 1 deal looking like a certainty, the contentious issues on whether the U.S. will cancel the planned December tariffs and remove some of the current tariffs in line with China`s demands remains an unknown and if the issue is not resolved then a deal could easily collapse," they said.

In comments on Friday, White House economic adviser Larry Kudlow said tariffs set to kick in on Dec. 15, which would cover Chinese imports such as laptops, toys and electronics, would remain on the table, and the decision whether to cancel them would be made by U.S. President Donald Trump. Any lingering uncertainty over the outlook for trade talks was not enough to keep the S&P 500 <.SPX> from gaining 0.97% and the Nasdaq rising 1.13% to fresh record closing highs on Friday.

The Dow Jones Industrial Average <.DJI> rose 1.11%. On Monday, U.S. S&P 500 e-mini stock futures were up 0.2% at 3,067.8. U.S. job growth slowed less than expected in October and hiring in the prior two months was stronger than previously estimated, data from the Labor Department showed on Friday.

Those numbers followed a private survey of manufacturers in China that showed better-than-expected factory activity in October. Rob Carnell, Asia-Pacific chief economist at ING in Singapore, said some market optimism was "probably justified" in the wake of the positive data. "Everybody had been looking for a much worse number and it didn`t materialise, so some bounce from that was entirely plausible and reasonable."

But he added that continued uncertainty over trade talks and less room for monetary easing by global central banks made for a murky outlook. "It`s difficult to see why you wouldn`t be at least thinking, there is a `good profit-taking opportunity right now` and positioning for a slightly worse outcome," he said. While cash treasuries were not trading due to the Japanese market holiday, U.S. 10-year Treasury futures were down 0.06% amid the broadly bullish market mood.

The implied yield on the 10-year Treasury futures contract expiring in December was 1.63%. Oil prices, which had surged on hopes for a U.S.-China trade deal, pulled back Monday. Global benchmark Brent crude was off 0.6% at $61.35 per barrel and U.S. West Texas Intermediate crude was 0.4% lower at $55.96.

In the currency market, the dollar was up 0.03% against the yen to 108.20 , and the euro was up 0.04% to buy $1.1170. The dollar index <.DXY>, which tracks the greenback against a basket of six major rivals, was down 0.06% at 97.183. Those small moves contrasted with a 1.3% jump in the South African rand against the dollar. The currency rallied on relief that Moody`s maintained South Africa`s investment-grade rating on Friday, though the agency cut its outlook on the rating to "negative".