A potential win by Trump, who has criticised trade agreements, has been a source of concern for US neighbours Canada and Mexico. 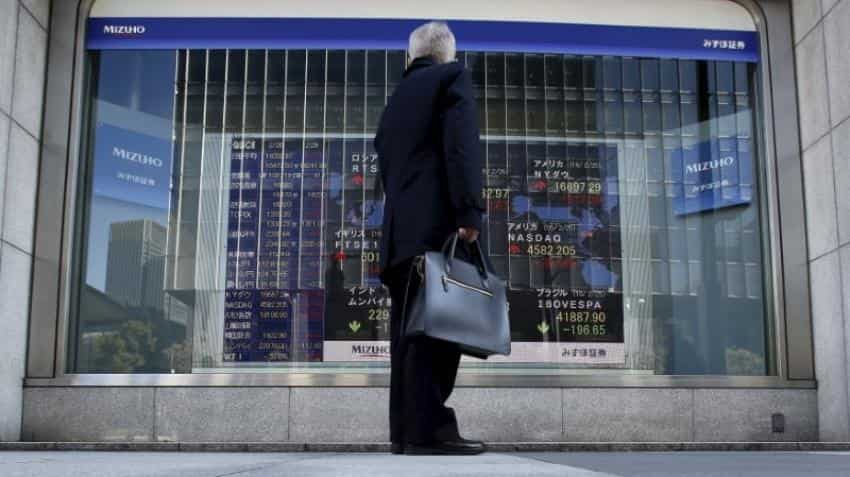 MSCI`s broadest index of Asia-Pacific shares outside Japan was up 0.6%.

Overnight, European shares gained on a recovery in battered Deutsche Bank shares while the Dow rose 0.6% and the energy index had its best day since January in light of the OPEC agreement.

Oil prices settled up nearly 6% on Wednesday after OPEC struck a deal to limit crude output, seen as a surprise by the market, at its policy meeting in November. It was OPEC`s first agreement to cut production since 2008.

"With profits being squeezed the battle for market share can`t go on and this deal ushers in a new period of cooperation between OPEC nations and specifically between Saudi Arabia and Iran," wrote Kathy Lien, managing director of FX strategy for BK Asset Management.

"While we wouldn`t be surprised by some back-pedalling between now and November, this is a historic moment and one that should have a lasting impact on the Canadian dollar."

The Canadian dollar, which was already on the front foot against its US peer earlier this week thanks to a perceived US presidential debate win by Democrat Hillary Clinton over Republican Donald Trump, soared even further.

A potential win by Trump, who has criticised trade agreements, has been a source of concern for US neighbours Canada and Mexico.

The Canadian dollar traded at C$1.3051 to the dollar after gaining nearly a% overnight. The loonie had seen a six-month low of C$1.3281 early on Tuesday amid jitters towards the US presidential debate.

Other commodity-linked currencies also fared well as oil rallied, with the Norwegian crown touching a five-month high against the dollar on Wednesday. The Australian dollar hit a three-week high of $0.7696 early on Thursday.