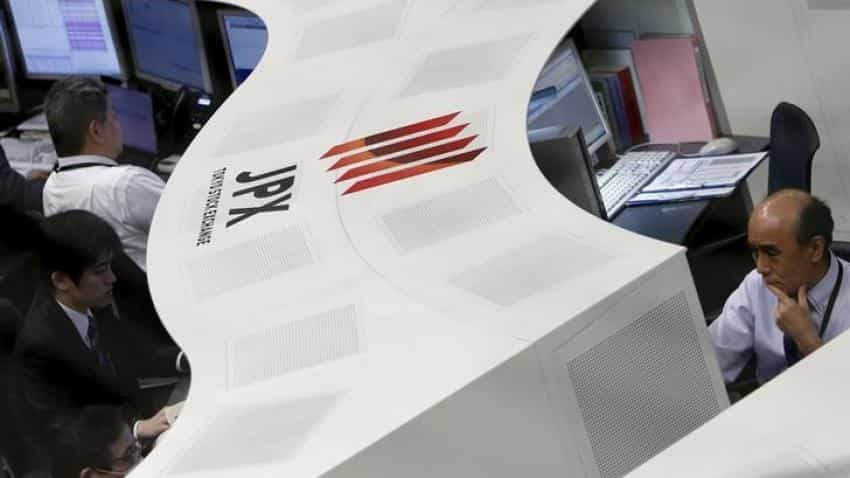 The dollar rose as much as 0.9% against the yen to 114.17 yen. Photo: Reuters
Written By: Reuters
RELATED NEWS

The dollar rose against the yen on Monday on relief that US President Donald Trump set aside tough campaign rhetoric over security and jobs in a smooth meeting with Japanese Prime Minister Shinzo Abe, with no mention of currency policy.

"The global economy seems fairly sound now, compared to last year, as China is supporting its economy through fiscal measures. The downside risk in the US economy is small due to Trump`s policies," Masayuki Kichikawa, chief macro strategist at Sumitomo Mitsui Asset Management.

A senior Japanese government spokesman said Abe and Trump did not discuss currency issues and that Trump did not request a bilateral trade deal.

The official told reporters that a US-Japan economic dialogue will be led by Japanese Deputy Prime Minister Taro Aso and Vice President Mike Pence. It will address fiscal and monetary policies as well as infrastructure projects and trade.

"We can expect a realistic approach as the dialogue will be led by Pence and Aso. It is reassuring that an unpredictable Trump is not in it," said Yasunobu Katsuki, senior primary analyst at Mizuho Securities.

The MSCI`s world index, which tracks shares in 46 countries, rose to its highest level since May 2015 on Friday, with Wall Street`s main stock indexes rising to fresh all-time closing highs.

Comments from Trump on Thursday that he plans to announce the most ambitious tax reform plan since the Reagan era in the next few weeks rekindled hopes for big tax cuts.

The common currency has been dogged by fears about a strong showing for French far-right leader Marine Le Pen ahead of a presidential election.

Oil prices dipped slightly after strong gains on Friday on reports that OPEC members delivered more than 90% of the output cuts they pledged in a landmark deal that took effect in January.

Copper, on the other hand, extended gains further to its highest level since May 2015 after a strike at the world`s biggest copper mine in Chile. It last traded at $6,127 per tonne, up 0.6% on the day.