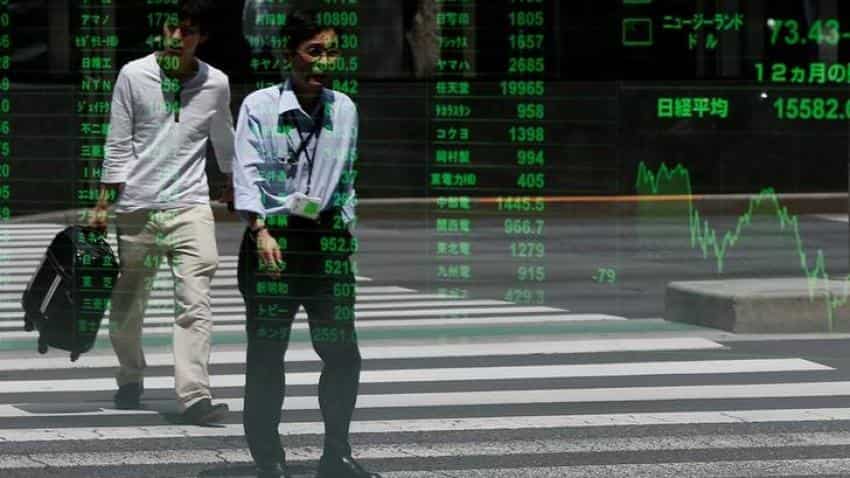 Asian shares inched ahead on Wednesday after Wall Street got a lift from encouraging corporate earnings and investors wagered an imminent barrage of Chinese data would confirm the economy had at least stabilised.

MSCI`s broadest index of Asia-Pacific shares outside Japan added 0.4 %, on top of a jump of 1.4 % on Tuesday.

Australian shares firmed 0.4 %, while Japan`s Nikkei dithered either side of flat.

All eyes were on the Chinese gross domestic product (GDP) report due at 0200 GMT. While there are some doubts about the reliability of the data, markets tend to take them on face value.

The economy is forecast to have expanded by 6.7 % in the third quarter from the year earlier, underpinned by government stimulus and a hot property market.

Other data due is expected to show a slight pick-up in retail sales, industrial output and urban investment.

"We view a consensus GDP print as the most market-friendly outcome with a downside miss likely to trigger hard-landing worries and an upside surprise, overheating/leverage worries," wrote analysts at ING in a note.

"The Shanghai Composite has climbed the wall of worry since February and we remain of the view that it will be among the top performing Asian stock markets in the final months of the year."

Of the 52 S&P 500 companies that have reported results to date for the third quarter, 81 % had earnings that topped average analyst estimates, according to Thomson Reuters I/B/E/S.

One company seemingly disappointing investors was Intel , which slid 5.4 % after the bell despite beating expectations on its earnings.

POUND UP AMID BREXIT CONFUSION

A report on U.S. consumer prices showed underlying inflation moderated slightly in September to 2.2 %, leading the market to slightly pare back bets on a December rate hike.

U.S. Treasury yields dipped, in line with their UK counterparts, amid confusion on whether parliament will have to ratify Britain`s exit from the European Union.

British lawmakers are seen as less inclined to take a hard line on Brexit than Prime Minister Theresa May.

The news headlines caught the market very short of sterling and left the pound up at $1.2295 , after a rally of 1 % on Tuesday.

The euro remained vulnerable at $1.0990 ahead of Thursday`s meeting of the European Central Bank where some investors wager President Mario Draghi will push back against talk of a tapering in its asset buying.