Asian shares edge up, on track for winning week 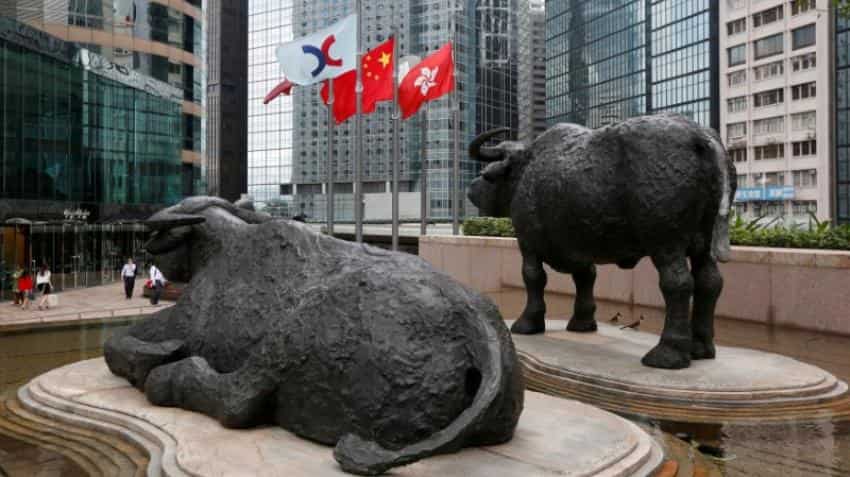 Asian shares inched up Friday, hobbled by a downbeat day on Wall Street but still on track for weekly rises, while oil prices extended gains on hopes for output cuts.

President Donald Trump on Thursday ran into resistance for calling ousted FBI chief James Comey a "showboat." The attack that was swiftly contradicted by top U.S. senators and acting FBI Director Andrew McCabe, who pledged that an investigation into possible Trump campaign ties to Russia would proceed.

U.S. political turmoil has a secondary effect on markets, said Bill Northey, chief investment officer at the private client group of U.S. Bank in Helena, Montana, because of its effect on investor`s appetite for risk and future expectations.

"Will it cause a delay or roadblock associated with some of the stimulus measures on the administration`s agenda?" he said, adding that the dismal retail sector also took a toll on Thursday`s trading despite a brighter big picture view.

"If you look at the pan-asset class view, earnings have been better than expected in the U.S., and full-year 2017 outlooks, contrary to prior trends, have been improving rather than eroding," he said.

Combined with a tightening labour market, firming inflation backs market expectations that the Federal Reserve is poised to raise interest rates at its meeting next month. The central bank has forecast two more hikes this year after a quarter point increase in March.

But lower Treasury yields offset upward pressure against the dollar. The benchmark 10-year U.S. yield stood at 2.383 percent in Asian trade, down from its U.S. close of 2.400 percent as well as a nearly six-week high of 2.423 percent touched on Thursday.

The dollar index, which tracks the greenback against a basket of six major rivals, was steady at 99.632, up 1 percent for the week.

Dovish comments from a European Central Bank official weighed on the single currency. Maintaining its ultra-loose monetary policy for longer is the safer way for the ECB to avoid an economic relapse, its vice-president Vitor Constancio told Reuters on the sidelines of an ECB conference on Thursday, signalling a change of tack was unlikely until the autumn.

Sterling was steady on the day at $1.2884 after dropping to a one-week low on Thursday following the Bank of England`s decision to keep interest rates unchanged. Policymakers indicated that rates were unlikely to rise until late 2019.

Both benchmarks had risen for a second day on Thursday, finishing more than 1 percent higher at their highest respective closing prices in a week as support grew for OPEC output cuts following U.S. government data earlier in the week showing a big draw in crude inventories.