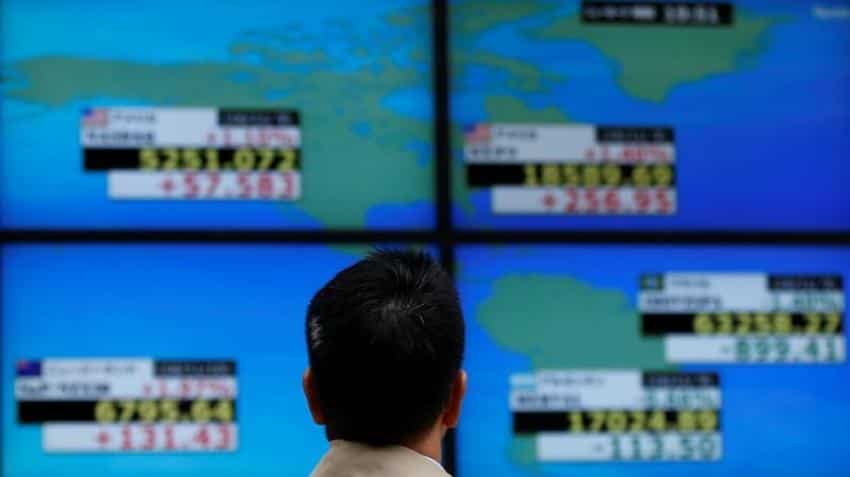 A man looks at a electronic board showing the Dow Jones average and NASDAQ average outside a brokerage in Tokyo. Image Source: Reuters

Asian shares edged up on Wednesday as investors covered short positions in European equities as they pondered the ramifications of Italy`s referendum and looked to the upcoming policy meeting of the European Central Bank (ECB).

The Australian market rose despite the data showing the economy contracted in the third quarter (Q3). While rate futures imply scant chance of another rate cut in the next few months, all thought of a hike has also vanished.

The MSCI`s broadest gauge of the world`s stock markets rose to its highest level in almost two months.

"After the Brexit and the US election, I think financial markets have learned that even if they see a result that is not necessarily in line with their values, markets will quickly recover as its economic impact is either negligible or will take time to appear," said Tatsushi Maeno, senior strategist at Okasan Asset Management.

Among the biggest winners during the past 24 hours were Italian shares, which rose 4.2% to five-and-half month highs while French shares rose to 11-month highs.

Italian banks at the centre of markets` focus, saw their shares rising 9.0% for their biggest rally in five months on Tuesday, which investors largely attributed to short covering.

The rally came despite fears that the political vacuum could jeopardise a rescue plan for Monte dei Paschi di Siena , the country`s third largest lender and rated the weakest in European stress tests earlier this year.

Italian government bond yield also fell to three-week lows as focus turned to expectations the ECB would contain any financial-market fallout when it meets on Thursday.

The ECB is expected to change the terms of its asset-purchase programme to alleviate a shortage of bonds and to extend the programme beyond its current end date in March 2017.

"We expect the ECB to extend its asset purchase programme by six months, which I believe is in line with market expectations. But if there is any sign of tapering, that should boost the euro given that there is still big short positions in the currency," said Junya Tanase, chief currency strategist at JPMorgan Chase Bank.

The euro also got some support as the dollar`s rally since the US Presidential election has lost steam.

The dollar`s index against a basket of six major currencies has fallen about 1.5% from its 13-and-half-year peak hit on November 24.

The Australian dollar fell half a cent after data showed the economy shrank for the first time in over five years as businesses, consumers and government all cut back on spending, an unexpected blow that will challenge policymakers` optimism for growth.

Oil prices steadied after having eased on Tuesday for the first time since OPEC agreed on November 30 to cut output.

Data showing record high production in the producer group fed scepticism that it would be able to reduce supplies.

US crude futures fell traded at $50.96 per barrel, off Monday`s high of $52.42. But they are still up more than 12% from just before the OPEC reached its first output cut agreement since 2008.