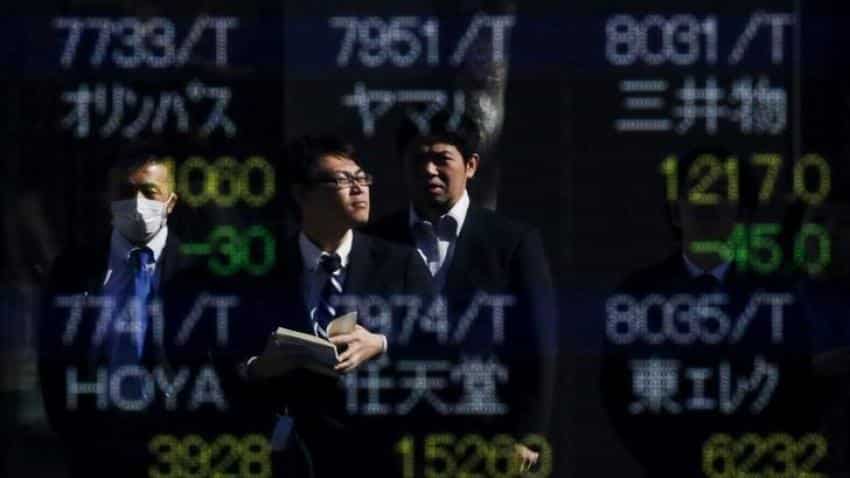 People are reflected in a display showing market indices outside a brokerage in Tokyo. Image Source: Reuters

Asian shares rose in early Asian trade on Tuesday ahead of the US presidential election, with investor sentiment buoyed by improving prospects for Democrat Hillary Clinton to win.

The Mexican peso, which has moved in opposite step to perceived chances of Republican Donald Trump winning the election, retained its strong gains from Monday, while the dollar also held steady.

Boosting Clinton's chances of winning, and markets globally, was the FBI's statement on Sunday standing by its July finding that Clinton was not guilty of criminal wrongdoing in her use of a private email server. That came after the Bureau announced on October 28 it was reviewing additional emails relating to the server while Clinton was secretary of state, sending markets around the world tumbling.

Clinton is seen by investors as offering greater certainty and stability, and, until last week's stumble, had been seen as the likely victor in Tuesday's presidential vote.

MSCI's broadest index of Asia-Pacific shares outside Japan was up 0.2%.

Japan's Nikkei rose 0.3%, aided both by the positive sentiment and a weaker yen.

"As markets head into the US election, a final recalibration of risk is in train," Michael McCarthy, chief market strategist at CMC Markets in Sydney, wrote in a note. "Asia-Pacific markets were the first to adjust to the political shift, and may trade more modestly on Tuesday after roaring back to life on Monday."

Overnight, Wall Street shares soared between 2.1% and 2.4%, recording their biggest one-day percentage gain since March 1, with the S&P 500 and the Dow Jones Industrial Average recovering all their losses from the previous week.

The dollar , which recorded its biggest one-day increase against the yen in almost four months on Monday, extended that gain to climb 0.1% to 104.43 yen on Tuesday.

The US currency was little changed versus the Mexican peso at 18.5665, after dropping 2.3% on Monday, its biggest one-day drop in six weeks.

The Mexican currency is seen as a proxy for bets on the US election because Mexico is considered most vulnerable to Trump's trade policies as 80% of its exports go to the United States (US).

Crude oil futures, which rose on the revival of risk appetite on Monday, retained their gains.

US crude was flat at $44.87 a barrel, after advancing 1.9% on Monday, but concerns about the stronger dollar and doubts over OPEC's planned production cuts still weighed on sentiment.