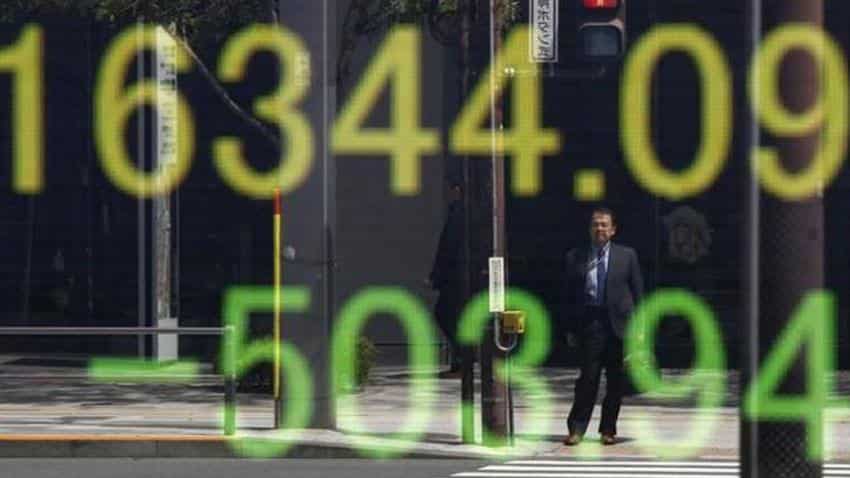 A businessman is reflected in an electronic board displaying Japan's Nikkei share average outside a brokerage in Tokyo, Japan, April 18, 2016. Image Source: Reuters/Toru Hanai
Written By: Reuters
RELATED NEWS

Asian shares hit a five-week high on Tuesday after the US Federal Reserve Chair Janet Yellen said the interest rate hikes are likely on the way, held back any reference to the timing.

The Fed chief said last month's jobs report was "disappointing" and bears watching, though she gave a largely upbeat assessment of the US economic outlook, warning against attaching too much significance to the payrolls data in isolation.

In the absence of a timing hint from Yellen some traders took the view that a July rate hike had become less likely.

"Even though Yellen didn't explicitly say so, it sounds as if a rate hike in June and July, which she had talked about, is becoming difficult," said Nobuyasu Atago, chief economist at Okasan Securities.

Money market futures reduced bets on a July rate hike further, to around 20%, from 30% following Yellen's comments. They were pricing in about 60% chances of a rate hike by July before Friday's weak payrolls data.

On the other hand, they continue to price in one rate hike by the end of year.

The US dollar briefly dipped following Yellen's comments, though it pared much of its losses by early Asian trade.

The Australian dollar changed hands at $0.7371, below Monday's four-week peak of $0.7392 ahead of the Reserve Bank of Australia's policy decision at 0430 GMT.

The central bank is widely expected to keep rates on hold after a rate cut last month.

Concerns about "Brexit" are also spilling over to European debt markets.

German Bund yield hit a one-year low, coming within sight of a record low of 0.05%, while Italian and Spanish debt yields rose on rise in support for anti-establishment political parties.

Elsewhere oil prices held firm on crippling attacks on Nigeria's oil industry and fresh draws in the US crude stockpiles.

Global crude benchmark Brent futures hit a seven-month high of $50.83 per barrel on Monday before easing a tad to $50.44 in early Tuesday.

US West Texas Intermediate (WTI) crude stood little changed in early Asia at $49.63 per barrel, after having gained 2.2% on Monday, its largest gain in three weeks.