Investors fear that repeat elections in the euro zone’s third-largest economy - which could come as soon as July - may become a de-facto referendum on Italian membership of the currency bloc and the country’s role in the European Union. 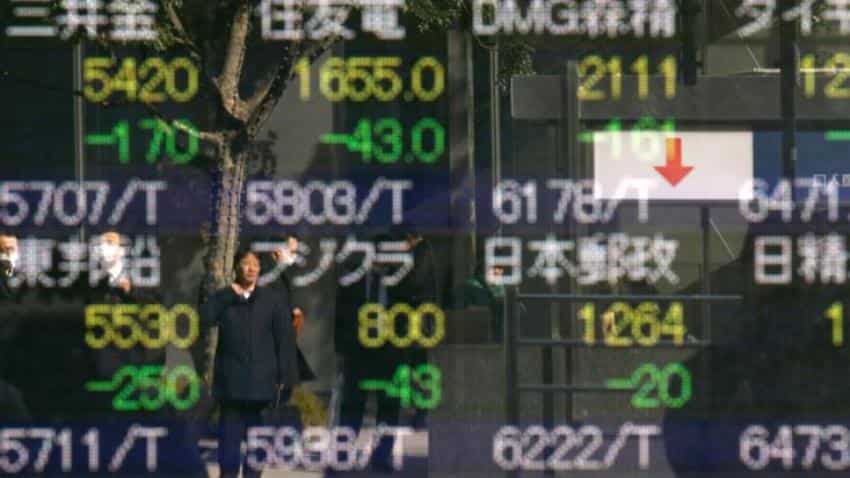 Asian shares extended a global sell-off in early trading Wednesday as Italy’s political crisis provoked a heavy retreat on Wall Street, sent the euro to a 10-month low and pushed up borrowing costs for the government in Rome.

Investors fear that repeat elections in the euro zone’s third-largest economy - which could come as soon as July - may become a de-facto referendum on Italian membership of the currency bloc and the country’s role in the European Union.

Short-dated Italian bond yields, a sensitive gauge of political risk - soared 1.5 percentage points from Monday to their highest since 2013 in their biggest move in nearly 26 years.

Tradeweb Markets LLC reported average trading volume in the debt is up by more than 60 percent in May compared to the month prior.

Safe-haven U.S. Treasury bonds and German bunds rallied, as did the Japanese yen, the U.S. dollar and gold. The euro fell against the Swiss franc, Japanese yen and U.S. dollar, nearing $1.15 EUR= and touching its lowest point since July.

“I have been waiting for a 5 percent correction for some time. But I probably wouldn’t start buying on a full scale unless the Nikkei drops below the 21,000 level and financial names stabilize.”

In Asia, the focus was also on the on-again, off-again U.S.-North Korean summit and the U.S.-China trade relationship.

An aide to North Korean leader Kim Jong Un arrived in Singapore on Monday, Japanese public broadcaster NHK reported, and the White House said a “pre-advance” team was traveling to the city to meet the North Koreans.

The reports indicate that planning for the summit, initially scheduled for June 12, is moving ahead.

The United States also said on Tuesday that it would continue pursuing actions on trade with China, days after Washington and Beijing announced a tentative solution to their dispute and suggested that tensions had cooled.

Emerging market stocks .MSCIEF lost 0.5 percent, marking a new low point for the year, under continued pressure from a rising U.S. dollar for countries that often borrow in that currency.

Oil struggled under pressure from expectations that Saudi Arabia and Russia would pump more oil to counter potential supply shortfalls from Venezuela and Iran, even as U.S. output has surged in recent years.

U.S. crude futures stood at $66.45 per barrel CLc1 after falling for five sessions.