Donald Trump said on Tuesday he was not pleased with recent trade talks between the United States and China, souring the improved market sentiment following weekend comments from U.S. Treasury Secretary Steven Mnuchin that trade war is “on hold”. 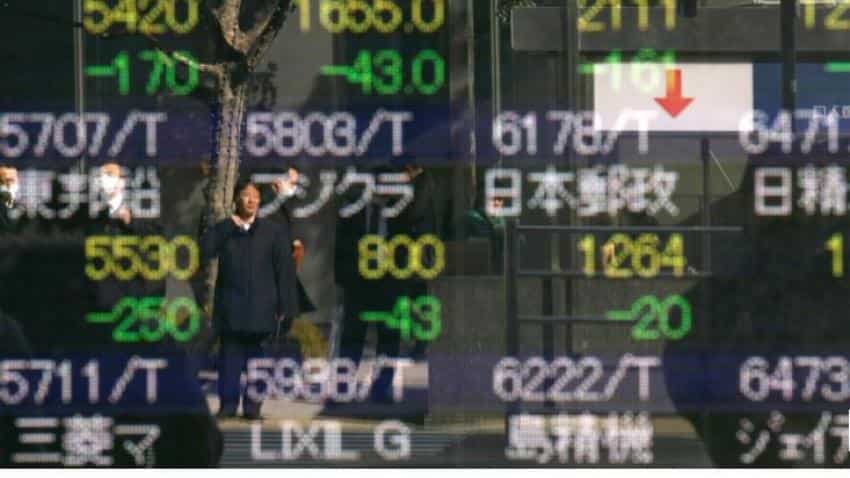 Asian shares edged up on Wednesday but investors were cautious after US President Donald Trump tempered optimism over progress made so far in trade talks between the world’s two largest economies. MSCI’s broadest index of Asia-Pacific shares outside Japan was up 0.15 percent while Japan’s Nikkei lost 0.2 percent.

Trump said on Tuesday he was not pleased with recent trade talks between the United States and China, souring the improved market sentiment following weekend comments from U.S. Treasury Secretary Steven Mnuchin that trade war is “on hold”.

His remarks followed Beijing’s announcement that it would cut import tariffs for automobiles and car parts.

Trump also floated a plan to fine ZTE Corp, and shake up its management as his administration considered rolling back more severe penalties.

“The market probably became overly optimistic on Monday. The reality is the talks are still continuing as they haven’t made headway on various issues, including intellectual properties,” said Norihiro Fujito, senior investment analyst at Mitsubishi UFJ Morgan Stanley Securities.

Further weighing on prices of risk assets, Trump also said there was a “substantial chance” his summit with North Korean leader Kim Jong Un will not take place as planned on June 12 amid concerns that Kim is resistant to giving up his nuclear weapons.

The cautious mood helped to underpin bonds. The 10-year U.S. Treasuries yield stood at 3.063 percent, off Monday’s near seven-year high of 3.128 percent.

The biggest mover in the currency market was the Turkish lira, which fell almost two percent early on Wednesday to a record low after rating agencies sounded the alarm on Tuesday about plans by President Tayyip Erdogan to tighten his grip on monetary policy.

The lira has fallen almost 15 percent so far this month.

Brent futures stood at $79.56 a barrel. Last week, the global benchmark topped $80 for the first time since November 2014.