The mere absence of new threats from President Donald Trump on tariffs was enough to stem recent selling, with investors clinging to the hope that all the bluster was a ploy which would stop short of an outright trade war. 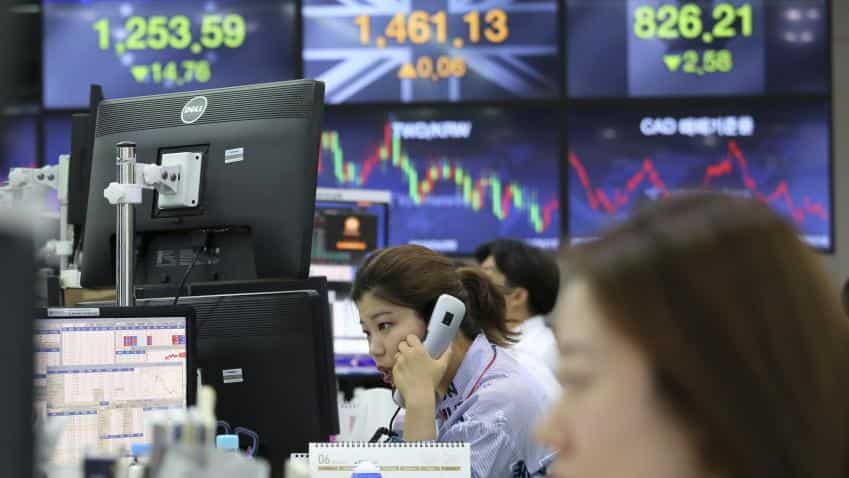 Asian shares were subdued on Thursday as a lull in the Sino-US trade tussle helped calm nerves enough for the Nasdaq to reach a record high, while tensions in the oil market grew ahead of an OPEC meeting that may expand crude supply. MSCI's broadest index of Asia-Pacific shares outside Japan was 0.05 percent firmer, while Japan's Nikkei .N225 edged up 0.12 percent in thin trade.

Futures for the S&P 500 ESc1 added 0.14 percent as traders waited for new developments on global trade.

The mere absence of new threats from President Donald Trump on tariffs was enough to stem recent selling, with investors clinging to the hope that all the bluster was a ploy which would stop short of an outright trade war.

Markets had also been encouraged by the People’s Bank of China’s move to set a strong fixing for its yuan on Wednesday, along with the addition of extra liquidity.

“The PBoC set the daily reference rate stronger than expected yesterday, implying they are not concerned and have no intention of entering into a ‘currency war’,” said Grace.

He noted there was much speculation the central bank would also cut bank reserve requirements, thus boosting lending power in the economy.

On Wall Street, resilience in tech stocks helped the Nasdaq to an all-time peak, though the moves were modest. While the Dow Jones .DJI fell 0.17 percent, the S&P 500 .SPX gained 0.17 percent and the Nasdaq .IXIC 0.72 percent.

WAITING ON THE BOE

The let off in risk aversion put major currencies into a holding pattern. The dollar index .DXY was a fraction firmer at 95.110 and just off an 11-month top of 95.299.

Sterling GBP=D4 was pinned near seven-month lows at $1.3175 having made only a fleeting bounce after Prime Minister Theresa May won another crucial Brexit vote in parliament.

The Bank of England holds a policy meeting later in the session but not a single analyst polled by Reuters expects a rate hike, and some are getting cold feet about a rise in August given recent soft economic data.

While the European Central Bank has signaled an end to bond buying it also pledged to keep rates low past next summer, while the Bank of Japan shows no sign of winding back its stimulus.

“It feels like the yellow warning lights are flashing for the global economic system,” noted analysts at Citi. “However, with the ECB and BoJ still pumping in liquidity and keeping rates lower for longer, the chances of a systemic event are low.”

Oil prices eased a touch in early trade as nerves grew ahead of Friday’s meeting between OPEC and other big producers, including Russia.

Saudi Arabia is trying to convince fellow OPEC members of the need to raise oil output, sources familiar with the talks said. Other OPEC members, including Iran, oppose such a move, fearing a price slump.