MSCI’s broadest index of Asia-Pacific shares outside Japan slipped 0.1 percent for their fourth consecutive day in the red. The index is headed for its first quarterly loss since late 2016 as the risk of faster U.S. rate rises and the specter of a trade war spooked investors who had enjoyed a multi-year bull run. 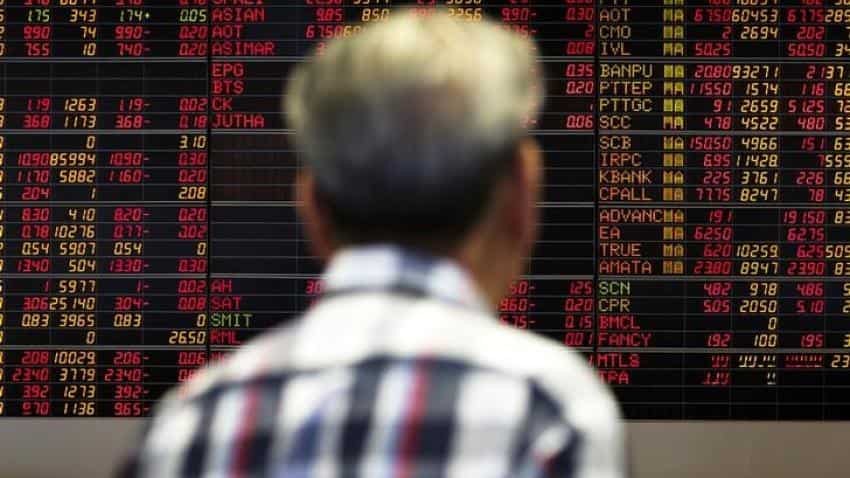 Fears of a full-blown trade war between the United States and China battered Asian shares again on Monday, keeping the safe haven yen near a 16-month peak as investors fretted over the fate of global growth. Japan's Nikkei stumbled 0.9 percent to a near six-month trough in early trade, due in part to worries over the stronger yen squeezing export earnings.

Australian shares declined 0.5 percent to their lowest since early October.

MSCI’s broadest index of Asia-Pacific shares outside Japan slipped 0.1 percent for their fourth consecutive day in the red.

The index is headed for its first quarterly loss since late 2016 as the risk of faster U.S. rate rises and the specter of a trade war spooked investors who had enjoyed a multi-year bull run.

U.S. President Donald Trump signed a memorandum last week that could impose tariffs on up to $60 billion of imports from China, although the measures have a 30-day consultation period before they take effect.

“Protectionism remains a source of volatility and downside for equities,” analysts at JPMorgan said in a note.

“Asia ex-Japan equity outperformance is in part a function of faster growth and capital inflows; both clearly at risk in a trade war.”

China urged the United States to “pull back from the brink” as the world’s two largest economies moved closer to a trade war with potentially dire consequences for the global economy.

The tariffs are on top of additional duties on steel and aluminum on a number of countries including China, which has already hit back with its own plans to slap duties on up to $3 billion of U.S. imports.

“A greater share of value-added in U.S. computer imports comes from Asia ex-China than from China itself,” Wolf added.

“And the integration of cross-border supply chains means that small open economies like Korea and Taiwan would be highly sensitive to US and/or China trade barriers.”

Indeed, the Korean won held near one month lows on the U.S. dollar while South Korea's benchmark share index was off 0.3 percent after being bitterly hammered on Friday.

U.S. shares were also clobbered last week, with the Dow falling 1.8 percent on Friday, the S&P 500 declining 2.1 percent and the Nasdaq off 2.4 percent.

IN SEARCH OF SAFETY

Amid the uncertain global economic climate, investors seeking safer assets jumped into government bonds in Europe and the United States.

Many investors also turned to the Japanese yen, traditionally a safe haven asset thanks to the country's massive current account surplus.

The dollar index, tracking the greenback against six other major currencies, was unchanged near a one-month low of 89.447.