Asian markets step back as investors brace for US Fed outcome

The Fed is widely expected to raise interest rates for second time this year after a move in March, but the bigger question for investors is the outlook of the Fed`s future monetary tightening amid an ongoing economic expansion. 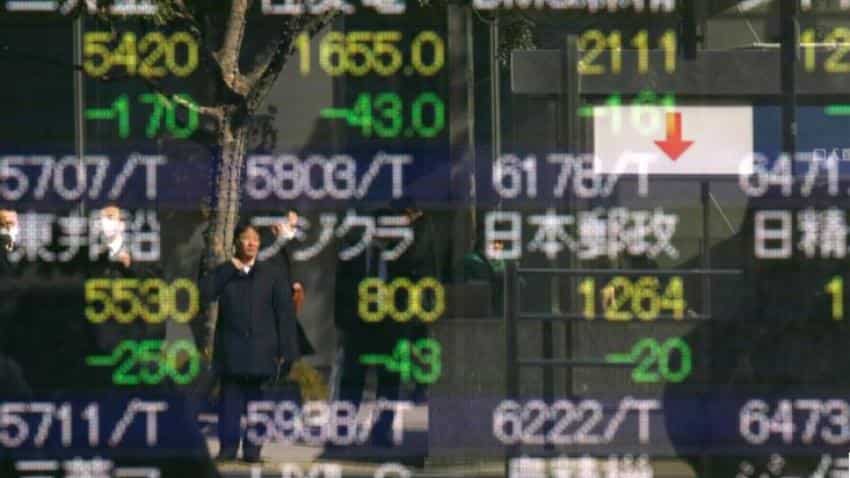 The dollar was relatively well bid ahead of the Fed`s meeting. Image source: Reuters
Written By: Reuters
RELATED NEWS

Asian shares edged slightly lower on Wednesday as investors looked to the Federal Reserve policy decision and any clues it might give on future rate hikes, shifting focus away from the historic U.S.-North Korea summit in Singapore.

"The agreement at the summit lacked details. There was no clear roadmap to denuclearisation. So that wasn`t something that makes markets 100 percent risk-on," said Shuji Shirota, head of macro economic strategy group at HSBC Securities in Japan.

With the U.S.-North Korea summit out of the way, market focus is quickly shifting to the Fed`s two-day policy meeting ending on Wednesday.

The Fed is widely expected to raise interest rates for second time this year after a move in March, but the bigger question for investors is the outlook of the Fed`s future monetary tightening amid an ongoing economic expansion.

"With a rate hike almost fully priced in, the focus is on how many times the Fed will raise rates this year and next and how much beyond the levels it considers as neutral to the economy, or what they call the longer-run rates," said HSBC`s Shirota.

Projections from the Fed's March meeting suggest a benchmark rate of 2.1 percent at end of 2018, based on the median forecast of central bank policymakers, which would mean three rate hikes in total this year.

In the currency market, the dollar was relatively well bid ahead of the Fed`s meeting.

The euro traded at $1.1744, off last week`s high of $1.1840 touched on June 7 though it was underpinned by expectations that the European Central Bank may drop a hint of winding up its stimulus after its policy meeting on Thursday.

The dollar stood at 110.50 44 yen, near its highest levels in about three weeks.

Some emerging market currencies stayed under pressure on worries higher U.S. rates could prompt fund outflows from emerging markets to the United States.

The Mexican peso hit a 16-month low of 20.724 peso to the dollar while the South African rand dropped to a six-month low of 13.345 per dollar, extending its decline, triggered by disappointing GDP data last week.

Oil prices dipped after data from the American Petroleum Institute showed a surprise build of 833,000 barrels in U.S. crude stockpiles. Analysts had expected a decline of 2.7 million barrels.

Elsewhere, bitcoin fell to a 2-1/2-month low of $6,461 at Bitstamp exchange on Tuesday on mounting regulatory and security concerns after the weekend hacking of South Korean cryptocurrency exchange Coinrail.