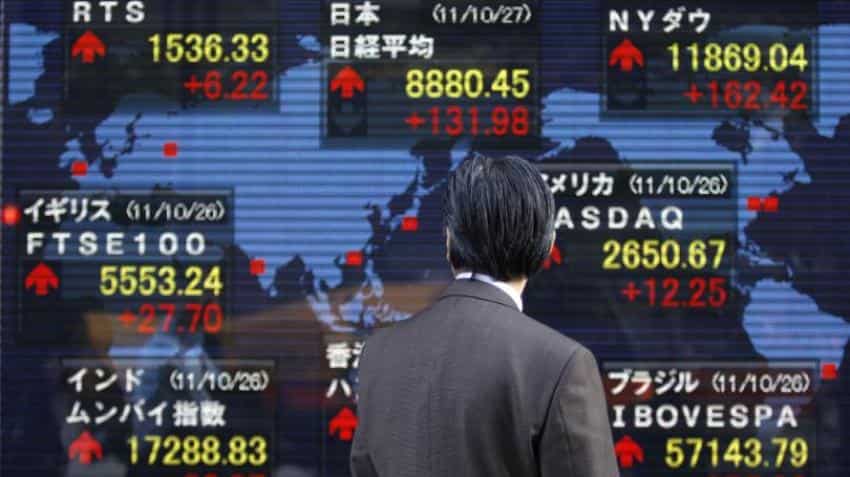 Fears of a global trade conflict, which had partially receded over the past few weeks, were rekindled. Image source: Reuters
Written By: Reuters
RELATED NEWS

Asian equities sagged on Friday as worries about U.S. trade policy hit global financial markets, which were already shaken this week by political turmoil in Italy. Wall Street shares posted deep losses overnight after the United States said it would impose tariffs on aluminum and steel imports from Canada, Mexico and the European Union.

Fears of a global trade conflict, which had partially receded over the past few weeks, were rekindled as Washington’s allies took steps to retaliate against the U.S. measures.

The index was down roughly 0.9 percent this week, during which it touched a six-week low on concerns that political developments in Italy could weaken its commitment to the euro and exacerbate the country’s debt burden.

“The downward correction in equity markets is likely to continue, as the United States has opened up a new point of contention on the trade front by getting involved with the European Union,” said Soichiro Monji, senior economist at Daiwa SB Investments in Tokyo.

“President (Donald) Trump has not accomplished very much in terms of trade issues and is likely to remain vocal with the U.S. midterm elections coming up.”

In currencies, the Canadian dollar and the Mexican peso were on the defensive, weighed by the U.S. decision to impose tariffs on aluminum and steel imports from these countries.

The euro was little changed at $1.1687 holding to modest gains made on relief overnight as Italy's anti-establishment parties reached a deal to resurrect their proposed coalition government.

The deal by the Italian parties averted the prospect of a new snap election, which had rattled global markets earlier this week and sent the euro to a 10-month low of $1.1510 on Tuesday.

The dollar was steady at 108.830 yen, having lost about 0.5 percent against this week as the earlier global market tumult had enhanced demand for the Japanese currency, which is a perceived safe-haven.

Prices swerved between $$74.49, a three-week low, to $78.75 this week on speculation towards output by major oil-producing nations.

Brent’s premium over U.S. crude reached its widest since March 2015 this week as a lack of pipeline capacity in the United States has trapped a lot of output inland.