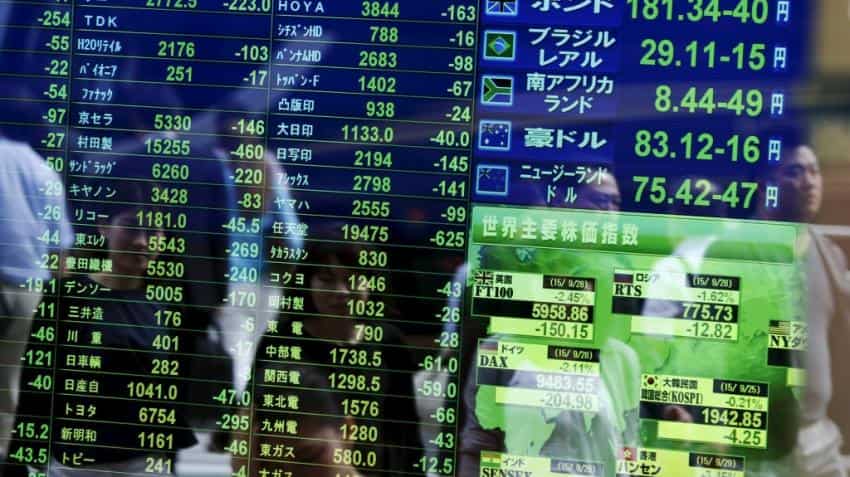 The impact of Italy’s inconclusive election results was limited to a mild sell-off in Italian bonds and stocks, with the euro gaining support from the creation of a coalition government in Germany.

MSCI’s broadest index of Asia-Pacific shares outside Japan rose 0.5 percent while Japan’s Nikkei jumped 2.0 percent, a day after it hit a five-month low.

MSCI’s broadest gauge of the world’s stock markets snapped four-day losing streak on Monday by notching up 0.67 percent. It added 0.16 percent in Asia on Tuesday.

Wall Street shares have now recouped all the losses incurred after Trump unveiled a plan to impose tariffs on steel and aluminum late on Thursday.

Leading Republicans, including House of Representatives Speaker Paul Ryan and Representative Kevin Brady, turned up the pressure on Trump to rethink the plan on Monday.

Some investors also saw the tariffs threats as a U.S. negotiating tactic to get a better deal on NAFTA.

Still, concerns over a trade war were far from dispelled, with Trump describing them as “easy to win”, repeating his earlier comments.

Trump was expected to finalize the planned tariffs later in the week, although some observers familiar with the process said it could occur next week.

The specter of a trade war was not the only source of concerns for the stock market.

As the global economy steams ahead, investors have become increasingly concerned that U.S. inflation, which has been subdued since the 2008 financial crisis, could finally pick up.

While moderate inflation generally supports equity investors, rapid inflation, or fear of it, could prompt the Federal Reserve to hike rates faster, undermining the attraction of equities.

“In the current environment, although inflation appears to be increasing, it’s still not likely to cause 10-year yields to rise to levels that would be problematic for equities. I estimate that problematic level to be a 4 percent yield.”

The euro managed to recover losses made on Monday after two anti-establishment leaders made early plays to govern Italy following an inconclusive election where voters shunted mainstream parties to the sidelines.

As none of the three main factions had enough seats to govern alone, President Sergio Mattarella is expected to open formal coalition talks in April, with early elections possible if no accord is found.

“With any coalition that can be formed likely to have a right of center bias, this ought to be bad for the euro but the German election result appears to have counterbalanced any detrimental effects. We are holding to our pre-election stance that this is not the time to be adding Italian risk,” said Paul Hatfield, Global Co-Chief Investment Officer at Alcentra, part of BNY Mellon Investment Management.

The dollar fetched 106.18 yen, crawling back from its 16-month low of 105.24 touched on Friday on improved risk appetite.

The Canadian dollar hit an eight-month low of C$1.3002 per U.S. dollar as U.S. President Donald Trump used proposed tariffs on steel and aluminum as a bargaining chip in talks to revamp NAFTA.

Crude prices rose with the U.S. stock market on forecasts for robust oil demand growth and concerns that output from OPEC producers would grow at a much slower pace in coming years.