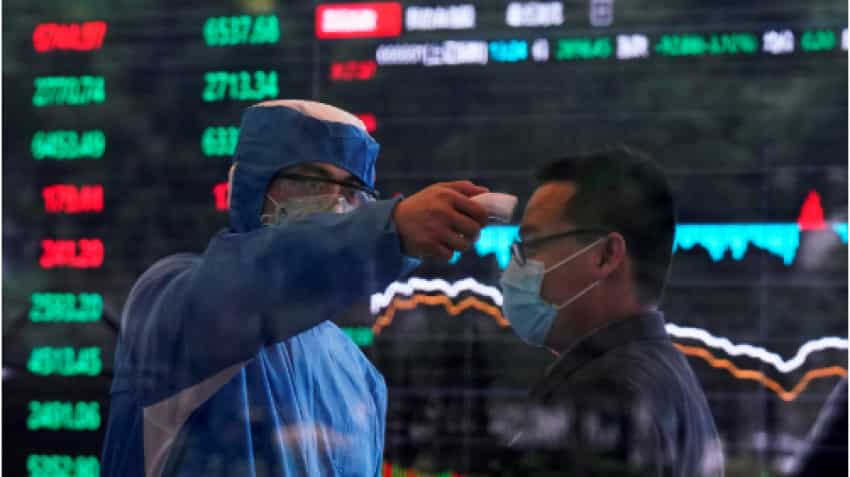 Asian markets largely opened higher on Tuesday, building on newfound momentum after bargain hunters helped a recovery in U.S. markets in the wake of last week`s selloff. Hong Kong`s Hang Seng index was up 0.2% while Chinese shares opened higher with the blue-chip CSI 300 index up 0.41%.

MSCI`s broadest index of Asia-Pacific shares outside Japan advanced 0.39% to 555.01.

Asian markets have been buoyed by positive signs around China`s economic recovery, although the coronavirus pandemic continues to wreak economic havoc globally and raise concern about high valuations.

Investors will remain cautious ahead of the first U.S. presidential debate later in the day (Wednesday 0100 GMT), and as lawmakers continue efforts to cobble together additional economic stimulus.

U.S. consumer confidence and home price data is also due later. Upcoming U.S. economic data should help show how well the country is positioned to rebound from pandemic lockdowns, and how necessary more stimulus will be.

"Globally, a loss of momentum and the renewed rise in COVID-19 infection rates points to the need for additional fiscal and monetary support. That policy outlook is continuing to provide a supportive backdrop to equities despite recent volatility," ANZ Bank analysts wrote in a note.

U.S. House of Representatives Speaker Nancy Pelosi said on Monday that Democratic lawmakers unveiled a new, $2.2 trillion coronavirus relief bill, which she said was a compromise measure that reduces the costs of the economic aid.

But there were still some signs of caution, as Europe is experiencing a rise in new COVID-19 infections and some U.S. states continue to grapple with high case numbers.

The U.S. dollar dropped from a two-month high against a basket of currencies Monday, with the dollar index falling 0.3%, its biggest daily percentage drop in roughly three weeks.

Bonds were broadly steady. The yield on benchmark 10-year U.S. government debt fell half a basis point to 0.6577%.