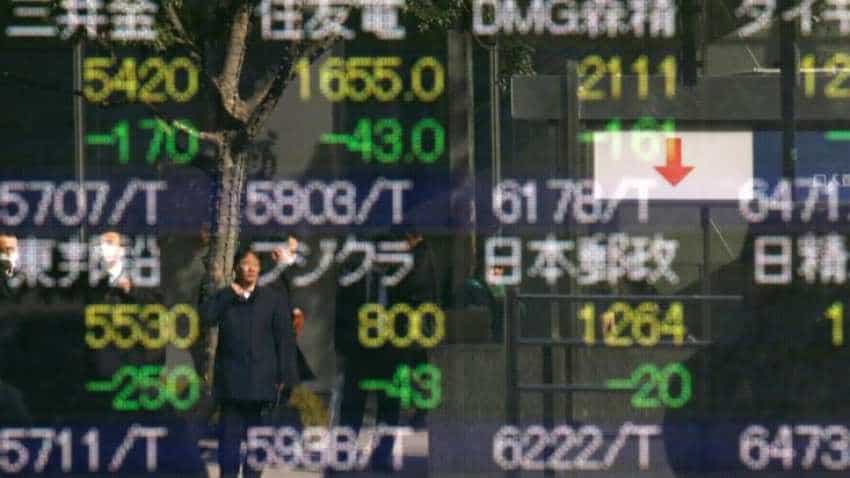 Asian stocks rode higher on Wednesday thanks to strong U.S. corporate earnings and hopes China will boost fiscal support for its economy, while long-term U.S. yields hovered near six-week highs on speculation the Bank of Japan could be less accommodative. MSCI`s broadest index of Asia-Pacific shares outside Japan gained 0.17 percent.

The index extended gains from the previous day, when it was lifted after China said it will adopt a more vigorous fiscal policy to help tackle external uncertainties.

Overnight on Wall Street, the S&P 500 closed at its highest level since Feb. 1 as Alphabet`s blowout results bolstered expectations of a robust earnings season.

"Gains by U.S. shares are providing support for equities, as well as China`s stimulus plan. Corporate earnings will continue to come out and these will be a key focal point for the markets, which also have to keep an eye on trade developments," said Soichiro Monji, senior economist at Daiwa SB Investments in Tokyo.

In currencies, the dollar index against a basket of six major currencies was little changed at 94.594, having edged up from a near two-week low of 94.207 plumbed at the start of the week on the back of higher U.S. Treasury yields.

The 10-year Treasury note yield stood at 2.950 percent after climbing to a six-week peak of 2.973 percent overnight.

The yield had shot up on speculation the BOJ was edging closer to unwinding its aggressive monetary stimulus, following reports by Reuters and other media late last week that the central bank was holding preliminary discussions on possible changes to its monetary policy.

The pound was up 0.05 percent at $1.3151 , building on gains from the previous day on news that British Prime Minister Theresa May would lead negotiations on the country`s departure from the European Union.

The Australian dollar was also buoyant, trading a shade higher at $0.7427 after gaining 0.5 percent on Tuesday when hopes for China`s stimulus lifted the currency.

The Aussie, which if often used as liquid proxy for China plays, also benefited as prices of commodities such as industrial metals rose on Chinese stimulus hopes.

Brent crude futures was up 0.45 percent at $73.76 a barrel, adding to the previous day`s gains as market focus shifted away from oversupply concerns to the possibility of increasing Chinese demand.