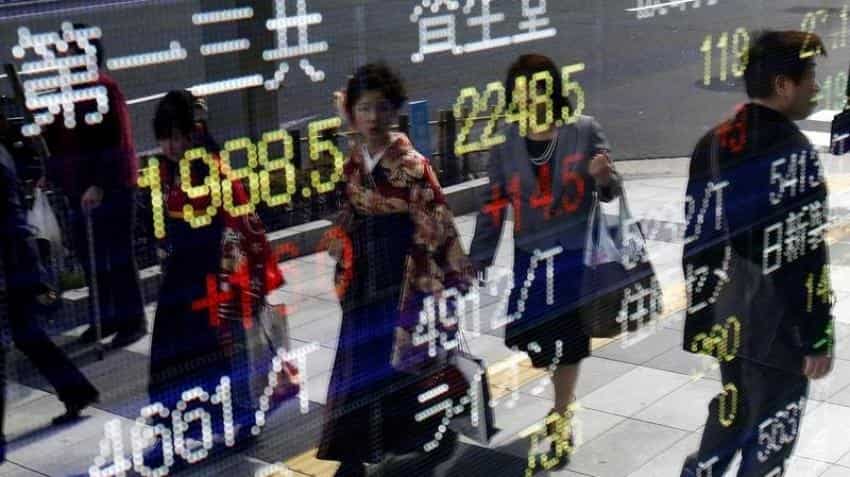 Asian share markets turned mixed on Wednesday as investor nerves were strained ahead of a U.S. inflation report that could soothe, or inflame, fears of faster rate hikes globally.

The early inclination was to hope for the best and E-Minis for the S&P 500 added 0.1 percent while MSCI’s broadest index of Asia-Pacific shares outside Japan rose 0.3 percent.

Yet Japan’s Nikkei could not hold early gains and slipped 0.7 percent to test four-month lows. Dealers said there was a lot of focus on the 200-day moving average at 21,031 as a break there would ring bearish alarm bells.

On Wall Street, the Dow had ended up a slim 0.16 percent, while the S&P 500 gained 0.26 percent and the Nasdaq 0.45 percent. Moves were tentative with investors clearly scarred by the return of volatility.

Funds were rotating into cash and out of equities, reducing their stock allocation to a net 43 percent overweight, from 55 percent, the largest one-month decline in two years.

Much now rested on what the U.S. consumer price report showed for January, given it was the risk of accelerating inflation that triggered the global rout in the first place.

Headline consumer price inflation is forecast to slow to an annual 1.9 percent and core inflation to 1.7 percent, an outcome that could help calm nerves. The concerns is the figures could surprise on the high side as wages did a couple of weeks ago.

“Even a slightly higher number could set the cat among the pigeons given the late cycle stimulus the Trump Administration is pumping into the U.S. economy.”

In currency markets, the yen remained firm after a sudden bout of buying from Japanese investors on Tuesday tipped stop-loss bids around 108.00 and took the yen to a five-month peak.

The euro also fared well, rising to $1.2363 and away from last week’s trough at $1.2204. It was aided by expectations German GDP data later Wednesday would show strong growth.

Against a basket of currencies, the dollar was down at 89.617 having shed 0.56 percent overnight.

Analysts said investors were becoming nervous about the prospect of swelling U.S. budget and trade deficits given the passage of huge tax cuts and spending plans.

“The re-emergence of the twin deficit should send shivers down the dollar’s spine,” said Mark McCormick, North American head of FX strategy at TD Securities.

He noted the IMF had estimated that a 1 percent rise in the budget deficit led to a 0.6 percent increase in the U.S. current account deficit. That suggested the twin deficit could exceed 7 percent of GDP by the end of the decade, all of which had to be funded by offshore money.

“Those numbers do not bode well for the greenback in the medium-term,” concluded McCormick.

The drop in the dollar gave a fillip to commodities, with copper firm after jumping 2.7 percent overnight.

Oil prices steadied for now, though concerns about oversupply were never far away.