The 11 nations, led by Russia, said they would pump more than half a million fewer barrels a day from next month in an effort to address a global supply glut that has scythed prices over the past two years. 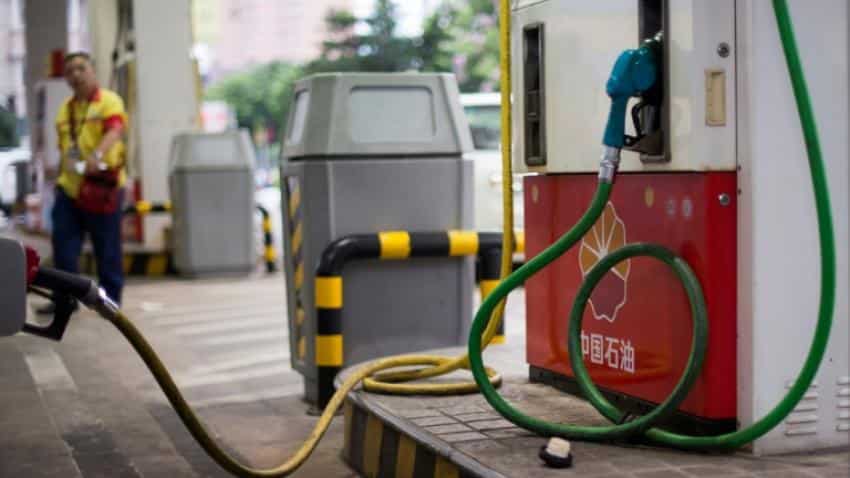 Most energy firms in Asia jumped with a surge in oil prices Monday after 11 non-OPEC countries agreed to huge cuts in crude production, while Saudi Arabia also signalled a bigger reduction in output than previously agreed.

The 11 nations, led by Russia, said they would pump more than half a million fewer barrels a day from next month in an effort to address a global supply glut that has scythed prices over the past two years.

The cut will contribute to the Organization of the Petroleum Exporting Countries` own initiative unveiled with Russia on November 30.

Also at the weekend OPEC kingpin Saudi Arabia said it would slash production beyond what was previously agreed by OPEC last month, providing an additional boost for prices.

"This is a very powerful message that producers want to balance the market higher," said Chris Weston, chief market strategist in Melbourne at IG, told Bloomberg News. "As a statement of intent, this is about as bullish as it gets."

Both main contracts jumped almost five percent in early Asian trade on Monday, setting a fire under energy firms in the region, although early surges ran out of steam by the end of play.

However, Craig Erlam, senior market analyst at OANDA, said: "Even if we get full compliance in the deal, which is by no means a guarantee, US oil rigs are coming back online at a very fast rate -- up to 498 last week from the lows of 316 in May -- and output has been rising over the last month or two."

And the gains in energy firms were unable to spark a broad rally across regional markets.

On currency exchanges the dollar rallied ahead of an expected US interest rate hike this week by the Federal Reserve.

The greenback has surged in the past month on expectations of higher borrowing costs, with President-elect Donald Trump`s promises of big spending and tax cuts fanning talk of a surge in inflation.

In early European trade London rose 0.2 percent and Paris put on 0.1 percent while Frankfurt was flat.