"The story in global markets over the past 24 hours has centred on a broad-based tightening of monetary policy conditions (and the perception of future tightening)," Chris Weston, chief market strategist at IG in Melbourne, wrote in a note. 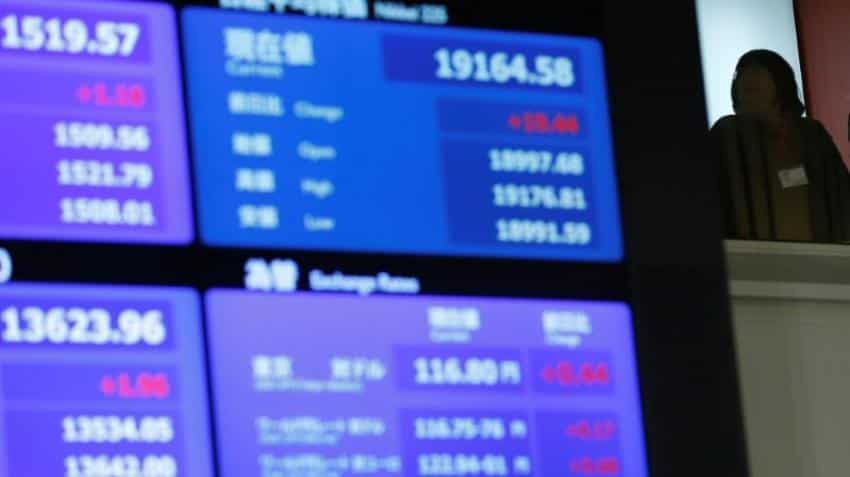 A stock quotation board displaying Japan''s Nikkei average is seen before a ceremony marking the end of trading in 2016 at TSE. Photo: Reuters
Written By: Reuters
RELATED NEWS

Asian stocks crawled higher in early trade on Friday, set for its best week since September, while the dollar continued the slide that began after the Federal Reserve indicated it was unlikely to speed up monetary tightening.

The dollar index, which tracks the greenback against a basket of six trade-weighted peers, retreated 0.1% to 100.26. It hit a five-week low on Thursday, and is down almost 1% for the week.

While the Fed raised interest rates by 25 basis points on Wednesday, it kept to its original forecast of three rate hikes this year, disappointing investors who were expecting four.

U.S. Treasury yields, which slid after the decision, staged a recovery on Thursday and continued to rise on Friday.

"The story in global markets over the past 24 hours has centred on a broad-based tightening of monetary policy conditions (and the perception of future tightening)," Chris Weston, chief market strategist at IG in Melbourne, wrote in a note.

MSCI`s broadest index of Asia-Pacific shares outside Japan rose 0.1%, set to end the week with a 3.3% gain, its biggest weekly increase since September.

MSCI`s all-country world stock index, which hit an all-time high on Thursday, was little changed on Friday, on track to end the week 1.3% higher.

Overnight, Wall Street was subdued following strong gains after the Fed`s rate decision. The Nasdaq was flat, while the Dow and the S&P 500 posted losses.

The euro touched its highest level in 5-1/2-weeks on Friday. It was fractionally higher at $1.07715 in early trade, after two days of strong gains, and set to end the week up 0.9%.

Sterling inched lower to $1.235 early on Friday. On Thursday, it jumped to a two-week high after a decision by the Bank of England to hold interest rates steady, while hinting it might raise them soon.

U.S. crude rose 0.25% to $48.87 a barrel after losing 0.2% on Thursday. It remains set to end the week 0.8% higher. U.S. crude touched its lowest level in more than three months early this week on concerns about a supply glut in the United States, but data on Wednesday showing a small decline in U.S. stockpiles helped lift prices.

Gold inched 0.1% lower to $1,225.14 an ounce, as investors took profits after strong gains this week on the Fed`s more moderate monetary policy stance.