MSCI`s broadest index of Asia-Pacific shares outside Japan rose 0.1% early on Wednesday, within a hair of a near-two-year high hit on Tuesday. 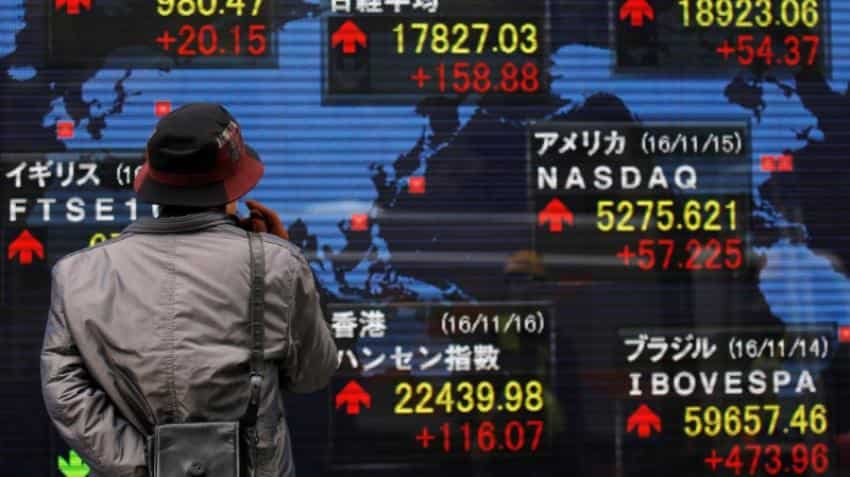 Asian stocks followed global indexes higher on Wednesday, as strong earnings and manufacturing data boosted risk appetite, while expectations that the Federal Reserve will signal a June rate increase later in the session lifted the dollar.

Oil prices pulled higher after a sharp fall on Tuesday on technical selling in a market already worried about oversupply and following a rise in output from several members of the Organization of Petroleum Exporting Countries.

MSCI`s broadest index of Asia-Pacific shares outside Japan rose 0.1% early on Wednesday, within a hair of a near-two-year high hit on Tuesday.

Australian shares slipped 0.1%. Hong Kong and South Korea are closed for the Buddha`s birthday, and Japan is shut for the rest of the week for the Golden Week holiday.

Overnight, Wall Street closed higher, although Nasdaq futures fell alongside Apple shares in extended trading, after the company reported a surprise fall in iPhone sales for the second quarter.

Net income still beat analyst estimates. A decline in U.S. new vehicle sales for April, following a disappointing March is prompting worries that the industry, which has seen a nearly uninterrupted boom since 2010, may be on a downward swing.

Markets are awaiting word from the Fed, which concludes its two-day meeting later on Wednesday. With the central bank largely expected to hold interest rates steady, the focus will be on language about future increases.

Since the last meeting, economic data has been mixed, with the economy growing at a sluggish 0.7% annual pace in the first quarter as consumer spending almost stalled, but a surge in business investment and the fastest wage growth in a decade suggest activity will regain momentum as the year progresses.

"Second quarter gross domestic product is already shaping up to be in far better shape and we are seeing calls for economists for growth north of 3%," Chris Weston, chief market strategist at IG in Melbourne, wrote in a note.

"Clearly, the improvement (in broader financial conditions) has been driven by tighter credit spreads and U.S. equity markets hitting all-time highs or approaching them," he added. "Earnings have been at the heart of this feel-good factor."

The dollar was steady at 111.97 yen early on Wednesday. It touched a six-week high on Tuesday but fell back to close 0.4% higher. The dollar index, which tracks the greenback against a basket of trade-weighted peers, slipped 0.1% on Wednesday after earlier climbing as much as 0.25%.

Manufacturing growth for April jumped to six-year highs in Germany and France, and to a three-year high in the U.K., data overnight showed.

That followed data from Asian economies including Indonesia, Malaysia, India and Japan that all showed faster manufacturing growth in April. While growth in China eased more than expected, the world`s second-largest economy nevertheless avoided a sharp loss of momentum.