The broad Asia-Pacific index, which fell 0.7% on Friday, is still up more than 11% since end-December. 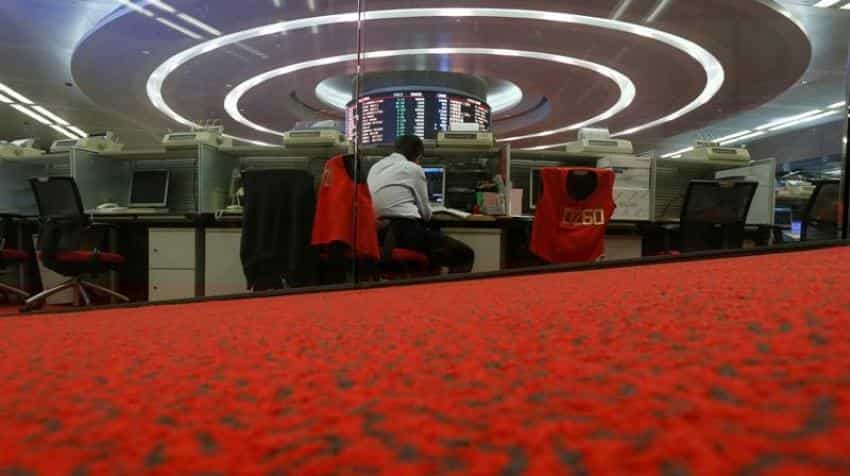 Japan was down 1.2%, and Australia off 0.2%. Photo: Reuters
Written By: Reuters
RELATED NEWS

Asian stocks erased early losses but stayed below 19-month highs on Monday as a renewed drop in sovereign bond yields on political concerns prompted some investors to move to the sidelines after a recent rally.

Markets remained in recent broad trading ranges, and interest is focused on US President Donald Trump`s speech to a joint session of Congress on Tuesday night, where he is expected to unveil some elements of his plans to cut taxes.

MSCI`s broadest index of Asia-Pacific shares outside Japan was flat after declining 0.3% in early trades. Japan was down 1.2%, and Australia off 0.2%.

The broad Asia-Pacific index, which fell 0.7% on Friday, is still up more than 11% since end-December.

"Until we see some strong earnings, we are in for a correction phase," the head of equities at a US fund in Hong Kong predicted.

On a forward valuation basis, Asia-Pacific shares traded at a price/earnings multiple of 15 times compared to nearly 19.6 times in the US and 16 times in Europe, according to Thomson Reuters data.

"With the market getting impatient with Trump`s proposed stimulus spending program, the rising political uncertainty around the globe is getting the bulk of the market`s attention," ANZ strategists wrote in a morning note.

Though US stocks clawed their way to a higher close on Friday, major indices spent much of that day`s session in negative territory, suggesting increased caution.

Sovereign bond yields fell on Friday, pushing yields down in Australia and Japan on Monday, as a renewed flight to safety bid thanks to weak stock markets and a looming election in France that poses a key political risk for markets.

Investors fear far-right National Front leader Marine Le Pen might win the presidential election this year and lead France out of the euro zone. Polls show Le Pen losing to either centrist Emmanuel Macron or right-wing Francois Fillon, but few people are willing to count her out.

In Asia, yields on five-year Japanese benchmark debt plumbed to their lowest levels since mid-November, at minus 0.14%, while ten-year Australian bonds edged three basis points lower to 2.71%.

In currencies, the dollar scored some early gains against the Chinese yuan and the Philippine peso but remained in narrow ranges against major currencies.

Many investors have a core overweight position on the greenback betting on a rebound in the global economy, firmer commodity prices and a US rate hikes. Goldman Sachs Asset Management expects the dollar to gain against the Aussie, kiwi and the yen.

In commodities, Brent crude edged higher to $56.04 per barrel while US West Texas Intermediate was broadly flat at $54 a barrel.