US stock futures fell 0.16% in Asia on Friday, though that followed a 0.80% increase in the S&P 500 on Wall Street overnight on hopes that future Fed rate cuts will support corporate profits. 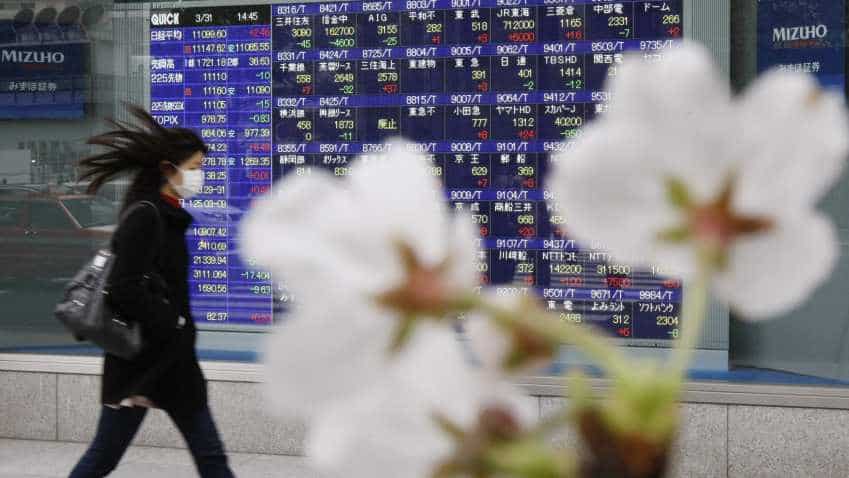 In Asia, excluding Japan, equities were on course for the third weekly decline, their worst performance since four weeks of declines ended Aug. 16. Image source: Reuters

Asian stocks edged higher on Friday, thanks to gains on Wall Street, but the mood was cautious before a key US job report that could help determine whether the Federal Reserve cuts interest rates further. Investors have been caught out by a set of weak U.S. data this week, including surveys on services and manufacturing sectors, deepening fears the Sino-U.S. trade war is starting to hurt growth in the world`s biggest economy.

"We`ll probably see a bounce in Asian shares, but then nervousness will creep into the markets as the day progresses," said Shane Oliver, head of investment strategy and chief economist at AMP Capital Investors in Sydney.

U.S. stock futures fell 0.16% in Asia on Friday, though that followed a 0.80% increase in the S&P 500 on Wall Street overnight on hopes that future Fed rate cuts will support corporate profits.

"The bounce on Wall Street is not a definitive sign. It`s actually pessimistic for stocks that two-year yields are falling this much. It shows the bond market hasn`t gotten on board with this positive growth story," AMP`s Oliver said.

That sentiment was underscored by a frail performance of world stocks in recent weeks, hurt by political uncertainty in the United Stated and Hong Kong, geopolitical tensions in the Middle East, Brexit and a drumroll of weak global data.

In Asia, excluding Japan, equities were on course for the third weekly decline, their worst performance since four weeks of declines ended Aug. 16.

US Treasury prices fell slightly but two-year yields remained near the lowest in two years due to growing signs the United States is feeling an economic chill from its trade war with China.

The dollar traded near a one-month low versus the yen, while it was stuck near a one-week trough versus the euro as traders increased bets that the Fed will have to cut rates further to keep growth in the U.S. economy on track.

Data due later on Friday are forecast to show the U.S. economy added 145,000 new jobs in September, more than an increase of 130,000 in the previous month.

However, some traders are braced for a disappointing result after the surprisingly soft data earlier this week on U.S. manufacturing, job creation, and the services sector.

The Fed has already cut rates twice this year as policymakers try to limit the damage caused by the bruising Sino-U.S. trade war.
The dollar edged lower to 106.85 yen , close to a one-month low of 106.48 yen reached on Thursday. The euro was a shade higher at $1.0942, also near a one-week high.

For the week, the dollar was down 1.01% versus the yen and off 0.3% against the common currency.

For the week, U.S. crude futures were on course for a 6.1% decline, which would be the worst performance since July 19.