"We head into Tuesday on a distinct risk-off vibe, although the moves in equities are probably best described as `drift,` rather than a `spike` lower," Chris Weston, chief market strategist at IG in Melbourne, wrote in a note. 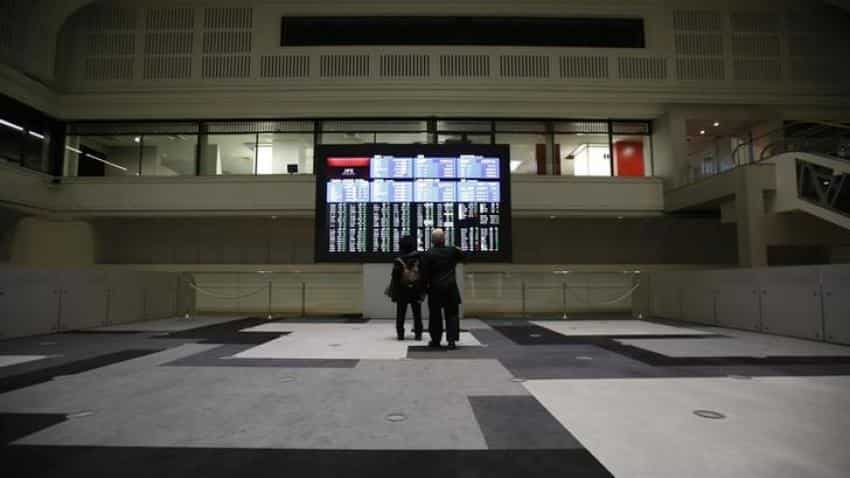 Visitors looks at an electronic board showing the Japan''s Nikkei average at the Tokyo Stock Exchange. Photo: Reuters
Written By: Reuters
RELATED NEWS

Asian share markets were down in skittish early trade on Tuesday as investors held their breath ahead of a potentially tense meeting between U.S. President Donald Trump and his Chinese counterpart Xi Jinping later this week.

Japan`s Nikkei was down 0.4 percent as investors sought out the safe-haven yen.

China, Hong Kong, Taiwan and India are closed for holidays.

"We head into Tuesday on a distinct risk-off vibe, although the moves in equities are probably best described as `drift,` rather than a `spike` lower," Chris Weston, chief market strategist at IG in Melbourne, wrote in a note.

Overnight, U.S. stock indexes closed in the red after Trump held out the possibility of using trade as a lever to secure Chinese cooperation against North Korea in an interview with the Financial Times on Sunday.

Last week, Trump tweeted that the highly anticipated meeting, which is also expected to cover differences over China`s strategic ambitions in the South China Sea, "will be a very difficult one."

That has kept investors on edge, knocking riskier assets and forcing investors into safe-havens such as the yen and gold.

European markets hit a 16-month high on Monday but failed to hold on to the gains as risk aversion returned. The pan-European STOXX 600 index closed down 0.5 percent.

Manufacturers across Europe and much of Asia had solid growth in May, making for a strong quarter overall, but the rise of U.S. protectionism are keeping both investors and companies wary.

The dollar dropped 0.2 percent to 110.665 yen in its third straight session of losses.

The dollar index, which tracks the greenback against a basket of six trade-weighted peers, fell 0.1 percent to 100.46, although it touched a 2-1/2-week high earlier in the session after data showed U.S. construction spending grew 0.8 percent to $1.19 trillion - the highest since April 2006.

The 10-year U.S. Treasury yield fell to 2.3247 in its third consecutive session of declines. It touched a five-week low of 2.321 overnight.

In commodities, crude was steady after overnight losses on a rebound in Libyan output that exacerbated concerns about a glut.

Gold prices hit a one-week high, benefiting from its status as a safe haven asset.