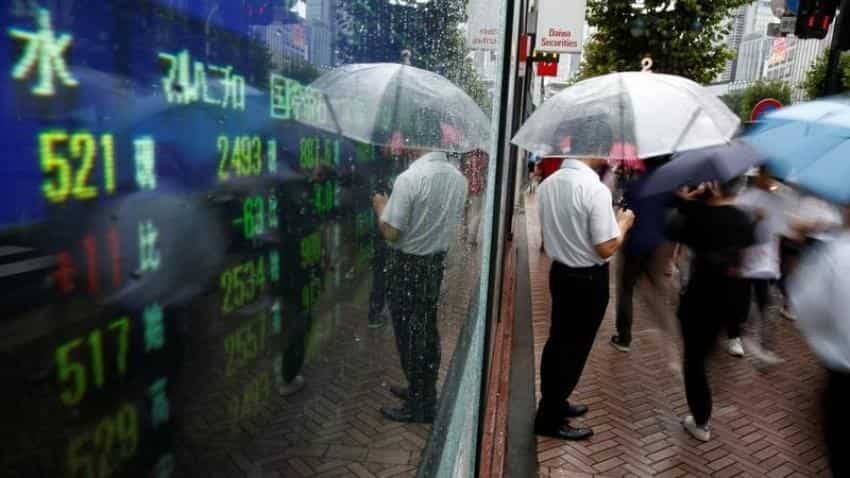 A man stands next to an electronic board showing stock prices in Tokyo. Image Source: Reuters

Asian stocks and the dollar bounced on Friday, erasing some losses from the previous day, as stronger-than-expected Chinese inflation data eased some concerns about the health of world's second-biggest economy.

MSCI's broadest index of Asia-Pacific shares outside Japan was up 0.4% after dropping 1.1% on Thursday, when weak Chinese export numbers hit global equities, stopped a rise in US yields and halted the dollar's advance.

Chinese data again set the tone on Friday, with producer prices unexpectedly rising in September for the first time in nearly five years, while consumer inflation also beat expectations. The producer price increase will be good news for Beijing as it struggles to reduce a mountain of corporate debt.

Japan's Nikkei was flat after weaving in and out of the red. It looked set for a 0.3% weekly loss as investors braced for upcoming earnings reports.

"Until new catalysts emerge, investors will likely monitor both US earnings and Japan Inc's earnings," said Kazuhiro Takahashi, an equity strategist at Daiwa Securities in Tokyo.

Overnight, the Dow fell 0.3% and Nasdaq shed 0.5%, led by falls in financial shares and the weak Chinese trade numbers.

The dollar index edged up 0.1% to 97.610. It had risen to a seven-week high against a basket of other major currencies earlier in the week on growing expectations of a December interest rate hike by the US Federal Reserve.

Investors will have another chance to gauge whether the world's biggest economy is ready for tighter monetary policy through US indicators due later including September retail sales and the University of Michigan consumer sentiment report.

The markets will also tune into speeches by Fed Chair Janet Yellen and Boston Federal Reserve President Eric Rosengren for hints about the timing of the next interest rate hike.

Sterling kept well above the 31-year trough below $1.1500 struck last Friday during its flash crash as some fears of a "hard Brexit" ebbed, but it remained under pressure as the road to Britain's exit from the European Union (EU) was seen to be strewn with obstacles.

The Singapore dollar hovered a near seven-month low as an unexpected third quarter (Q3) contraction kept alive prospects of monetary easing after the central bank maintained its current policy.

The Thai baht rose more than 1% against the dollar, supported by hopes for a calm reaction to the death of Thailand`s King Bhumibol Adulyadej on Thursday.

The Thai prime minister had asked businesses to keep investing and traders to maintain their holdings and not "dump" shares.

Crude oil extended gains after bouncing overnight on a US government report showing hefty draws in diesel and gasoline.