A rate hike accompanied by a message suggesting that the Fed may raise rates more than expected in 2017 would support the dollar but be negative for equity markets. 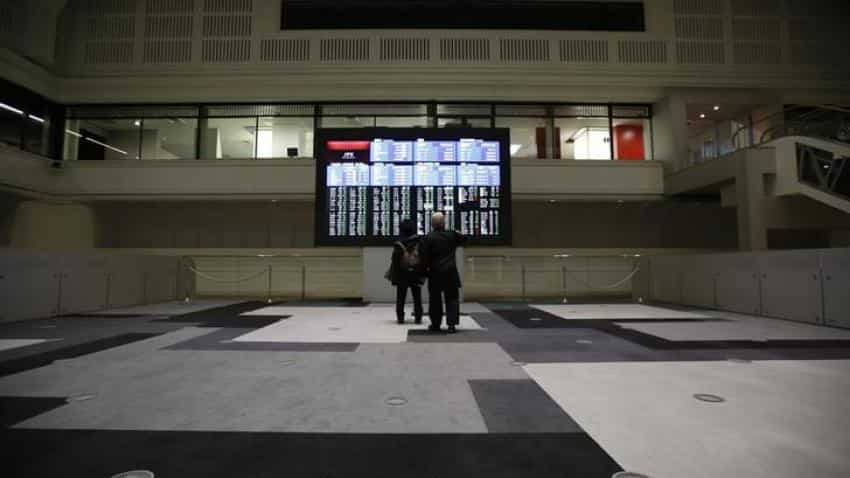 Visitors looks at an electronic board showing the Japan's Nikkei average at the Tokyo Stock Exchange in Tokyo
Written By: Reuters
RELATED NEWS

Asian stocks edged lower early on Monday following a slide by U.S. technology shares and the dollar rose ahead of this week`s U.S. Federal Reserve policy meeting, with markets hoping for more guidance on the central bank`s interest rate path.

The Fed holds a two-day meeting ending on Wednesday at which it is widely expected to hike interest rates. The focus is on whether the Fed thinks the U.S. economy is robust enough to withstand further rate increases through 2017.

A rate hike accompanied by a message suggesting that the Fed may raise rates more than expected in 2017 would support the dollar but be negative for equity markets.

"Political events like the UK election and Comey`s testimony are over and the focus this weeks shifts to monetary policy," said Junichi Ishikawa, senior forex strategist at IG Securities in Tokyo.

"The equity markets and the dollar have mostly priced in the Fed signalling three rate hikes in 2017. That explains why U.S. equities have held up. But if the Fed hints at more than three hikes, that could trigger a sell-off in equities that many are bracing for."

MSCI`s broadest index of Asia-Pacific shares outside Japan was down 0.1 percent following a mixed day Friday on Wall Street where the Nasdaq slid 1.8 percent on tumbling technology shares but the Dow closed at yet another record high.

The dollar index against a basket of currencies was little changed at 97.255 following its rise on Friday to a 9-day high of 97.500.

The U.S. currency received support as Treasury yields, which marked seven-month lows early last week at the height of investor jitters towards the UK elections and Comey`s testimony, continued their bounce ahead of the Fed`s anticipated rate hike.

In commodities, crude oil prices extended gains after rising on Friday when a pipeline leak in major producer Nigeria overshadowed supply worries that have been weighing on the market. U.S. crude and Brent were both 0.35 percent higher at $45.99 and $48.32 a barrel, respectively.