“The message from the Fed is that they’re going to be cautious in raising rates,” Shane Oliver, Sydney-based global investment strategist at AMP Capital Investors Ltd. told Bloomberg News. “That’s supportive of the share markets.” 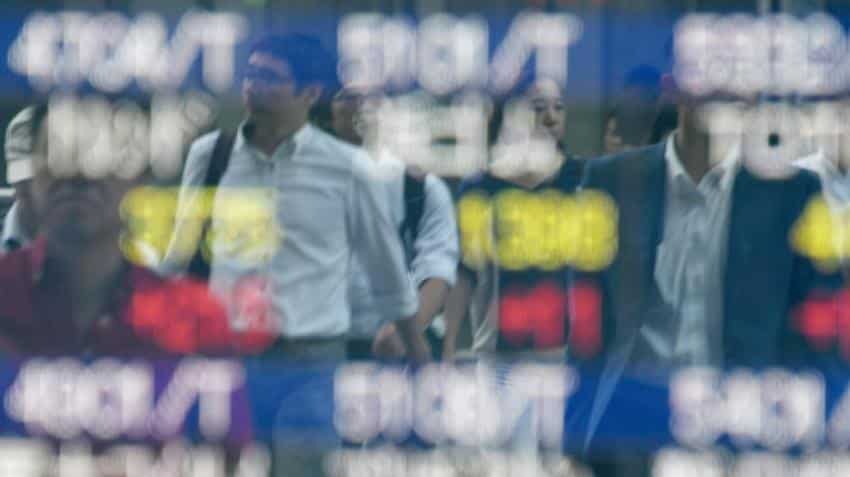 Tokyo`s main index sank as the dollar fell against the safe haven Japanese currency, slumping below 100 yen for the second time this week, impacting Japan`s exporters.

Minutes from the US central bank`s July gathering said policymakers were keeping their "options open" and remained divided on the threat of inflation.

Its cautious tone did little to raise hopes for a rise in US borrowing costs, which would tend to lift the greenback by stirring demand for dollar-denominated assets.

“The message from the Fed is that they’re going to be cautious in raising rates,” Shane Oliver, Sydney-based global investment strategist at AMP Capital Investors Ltd. told Bloomberg News. “That’s supportive of the share markets.”

Jakarta, Bangkok and Hong Kong all rallied by at least one percent, while Seoul added 0.6 percent and Wellington gained 0.4 percent.

But Tokyo tumbled 1.6 percent as the stronger yen -- a negative for exporters as it tends to dent their profits -- hit companies such as Toyota and Nissan.

Sydney and Shanghai also fell, along with Singapore and Kuala Lumpur.

Oil prices rallied for a sixth day in Asia, as markets were boosted by figures showing a decreasing US stockpile.

Prices had dipped slightly during early Asian trade but later rebounded, with Brent crude briefly pushing past the psychological $50 mark.

The weekly US inventories report released Wednesday said US crude stockpiles fell by 2.5 million barrels in the week to August 12, and gasoline stocks declined 2.7 million barrels, pointing to a modest strengthening of demand in the world`s top oil consumer.

The dollar-priced commodity was also propped up by a weaker dollar, which makes crude cheaper for those holding other currencies.

West Texas Intermediate was trading at $47.07 a barrel in the afternoon while Brent was at $49.89.

Prices, which hit five-week highs this week, have had added support on hopes that a Russian-Saudi cooperation may reach a pact to freeze output.

OPEC members and their non-OPEC rivals are to meet informally in Algeria next month, and both Saudi and Russia have indicated they could discuss measures to stabilise prices.

In early European trade, London was up 0.5 percent, Paris gained 0.3 percent and Frankfurt ticked up 0.4 percent.