Japan`s Nikkei was also attempting a fourth session of gains with a tentative rise of 0.2%. 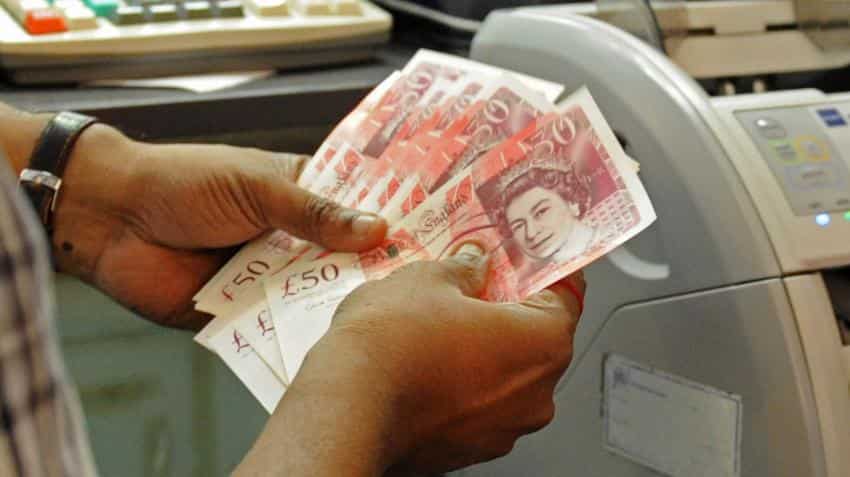 In currencies, the dollar consolidated the moderate gains made in the wake of Friday`s upbeat US payrolls report. Photo: IANS
Written By: Reuters
RELATED NEWS

Asian shares stood atop one-year peaks on Tuesday as investors' desperate search for yield drove a record inflow into emerging market funds, while the pound slipped to one-month lows on speculation of further policy easing in the UK.

Analysts at Bank of America Merrill Lynch noted the search for yield had led to the largest 5-week inflow on record to emerging market debt funds and the longest inflow streak to equity funds in two years.

MSCI`s broadest index of Asia-Pacific shares outside Japan gained 0.1%, having already risen for three sessions in a row.

Japan`s Nikkei was also attempting a fourth session of gains with a tentative rise of 0.2%, while Shanghai stocks were flat.

The major data out in Asia was Chinese inflation for July and it caused few ripples by coming exactly as forecast at 1.8%. The benign result merely confirmed there was plenty of scope for further policy easing if needed.

The need for stimulus was clear in Chinese trade flows which disappointed in July amid slack demand both at home and abroad.

"Looking ahead, the launches of new electronic products may provide temporary support to export growth in the near term, but the overall outlook remains cloudy," wrote Jing Li, an economist at HSBC in a note.
"More importantly, weakening imports, which largely reflected the fragile nature of domestic demand, strengthens the call for more growth-supportive policies."

Futures markets now imply around a 54% chance of a Federal Reserve hike in December, though it was notable that a move was not fully priced in until October next year.

That outlook is in marked contrast to much of the rest of the world where stimulus is still very much in vogue. The UK and Australia both cut rates last week and New Zealand is widely expected to ease on Thursday.

Writing in an opinion piece for the Times on Tuesday, Ian McCafferty, a member of the Bank of England's policy setting committee, predicted yet further easing might be necessary.

Oil prices were softer on Tuesday having rallied 3 percent overnight amid renewed speculation that OPEC would try to restrain output.