Arsenal richer than even Real Madrid, Barcelona! However, Unai Emery set to hurt much, here is why

When Arsenal had parted ways with iconic coach Arsene Wenger last summer - ending their 22-year-old relationship with the French maestro - fans would have hoped for a change in fortunes. 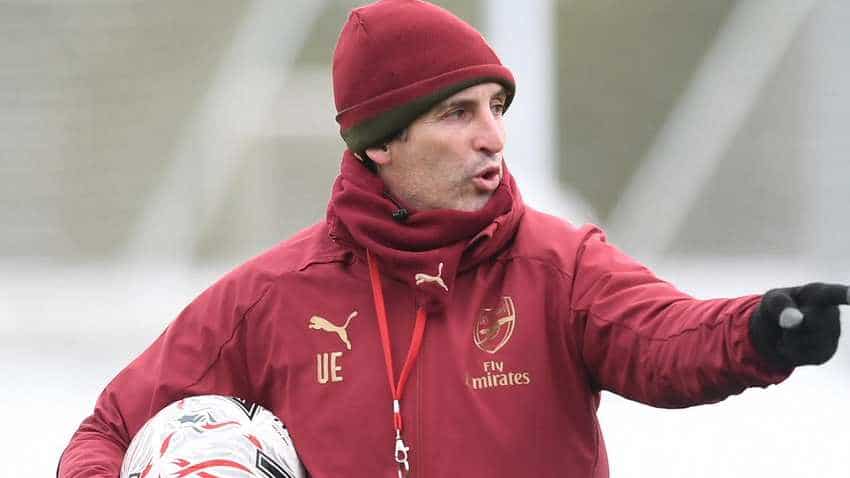 The only arrival at the Emirates Stadium in January was Denis Suarez on loan as Emery was not allowed to sign any permanent deals. Source - Twitter.

When Arsenal had parted ways with iconic coach Arsene Wenger last summer - ending their 22-year-old relationship with the French maestro - fans would have hoped for a change in fortunes. Their aspirations were given a boost with the arrival of Unai Emery from Paris Saint-Germain. The gunners were quick to sign four exciting prospects in Lucas Torreira, Bernd Leno, Sokratis and Matteo Guendouzi. It appeared that the club might move away from its traditional transfer policy and more big names would follow. Eight months later, the club is sits at the sixth spot - one spot behind Manchester United and is likely to miss out on the lucrative European football too.

The only arrival at the Emirates Stadium in January was Denis Suarez on loan as Emery was not allowed to sign any permanent deals. Now, the fans could be up for another frustrating summer with the Arsenal boss set to be handed a measly £40 million transfer budget despite the upheaval job required at the Emirates.

This is despite the fact that Arsenal have more money in the bank than Manchester United, Barcelona and Real Madrid. According to a new report by Soccerex Football Finance, the Gunners are yet again set to tighten the purse strings this summer. The report was made after analysing five different variables: player assets, cash in the bank, potential investment, tangible assets and net debt.

The report ranked top 100 clubs in the world and Arsenal was placed fifth on the list with a FFI score of 2.43. What would frustrate the fans further is the fact that the top spot is held by local rivals Manchester City with playing assets of a whopping £928m. They are closely followed by Paris Saint-Germain and Bayern Munich.

While the conservative purse for Emery comes as a concern for Arsenal fans, the Spaniard could still bring big names to North London if he uses his resources smartly. For this, he will have to offload a few players, most notably Mesut Ozil. The German star earns £650,000 per week in wages and could attract a large bid despite the recent dip in his form.