In Australia, it`s known as the "nuclear option". An employer applies to the court to rip up an expiring wages deal, puts workers back on their industry`s minimum pay, and then negotiates a new contract. 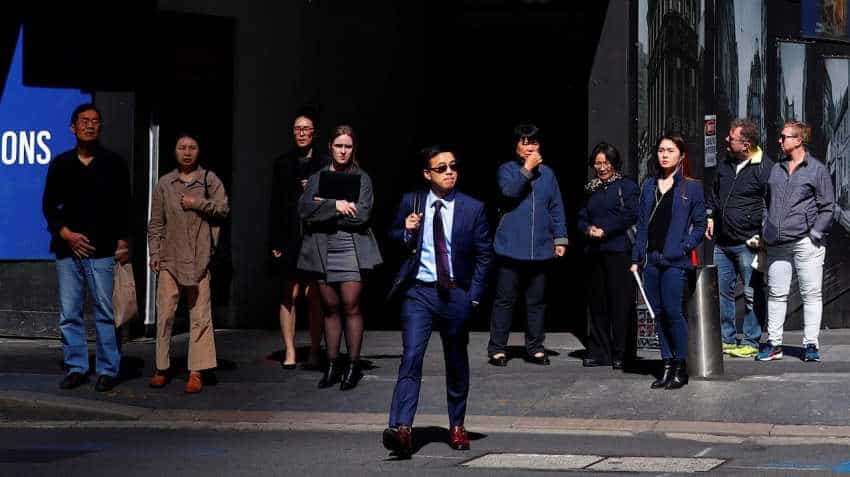 Employer groups say some of the changes sought by companies are needed to keep workplaces flexible and competitive, and help progress talks when unions refuse to negotiate in good faith. Image courtesy: Reuters
Written By: Reuters
RELATED NEWS

This is the most liveable location for Asian expats in 2019

This train was derailed deliberately

In Australia, it`s known as the "nuclear option". An employer applies to the court to rip up an expiring wages deal, puts workers back on their industry`s minimum pay, and then negotiates a new contract.

The once-rare negotiating tactic is becoming more widespread, used by companies including BP , Alcoa and Unilever , to change work schedules and conditions, and in some cases, cut pay rates.

Growth in the tactic coincides with a sustained period of record low wages growth in Australia, which is weighing on consumer spending and has become a battleground for the conservative government six months out from a general election.

Low wage growth is a global phenomenon, but Australia is an extreme example even as its A$1.8 trillion economy is in its 27th successive year of expansion.

After adjusting for inflation, Australia`s 0.4 percent annual average wage rise is far behind the United States` 1.2 percent, South Korea`s 1.9 percent and Germany`s 0.9 percent, according to data from Statista.

One reason is the collapse in recent years of the once-in-a-century mining boom, which spelled an end to many six-digit pay packages and annual average wage hikes of 4 percent or more.

Pay rises have more than halved and unemployment has shot up as many high-flying mine workers who once made A$200,000 ($145,000) a year with access to resort-style housing were forced to turn to low-paid day labourer jobs.

Employer groups say some of the changes sought by companies are needed to keep workplaces flexible and competitive, and help progress talks when unions refuse to negotiate in good faith.

Jay Scoffern, an auto-electrician in Western Australia, was involved in a long-running pay dispute with Griffin Coal, run by a Lanco Infratechsubsidiary, now under the control of ICICI Bank-appointed receivers.

Scoffern said pay packets were reduced by up to A$40,000 ($29,000) a year after workers were returned to industry minimums when pay negotiations stalled at the loss-making mine.

"You`re negotiating with nothing, you end up trying to salvage what you can and end up taking what gets offered," he said.

ICICI said in a statement it was not involved in the wages negotiations. Griffin previously said there was a discrepancy in the cost of production and the income received for its coal, making changes to the agreement necessary.

The union-affiliated opposition Labour Party, leading in opinion polls, plans to stop companies from "too easily resorting to the nuclear option" at a time of stagnating pay packets, said Brendan O`Connor, Labour`s shadow minister for employment and workplace relations.

"If elected, a ... Labour government will change the law in order to redress the imbalance in bargaining power between workers, their unions, and employers," O`Connor in a statement.

Australia`s Minister for Jobs and Industrial Relations, Kelly O’Dwyer, said unions wanted agreements to remain in place in perpetuity and there were "significant safeguards" for workers in the process overseen by Australia`s industrial relations tribunal.

"Before an agreement can be terminated, the Fair Work Commission must be satisfied that it is not contrary to the public interest to do so, and that the termination is appropriate," O`Dwyer said in a statement.

Business Council of Australia chief executive Jennifer Westacott said any shift to give unions more power to negotiate industry-wide rates would push workplace relations back into the "dark ages".

"A sector-wide bargaining system would only empower the big unions at the expense of workers," Westacott said in a statement.

WAGES PRESSURE
Australia`s largest freight operator, Aurizon Operations, adopted the approach in 2015 when it got a series of expired agreements annulled during a stalemate in negotiations.

Many resources and energy companies, including Peabody Energy , and the local arms of BP and ExxonMobil followed Aurizon`s lead, in part to wind back what they said were unsustainable wages and conditions lingering from the mining boom years.

BP Australia applied last month to terminate an agreement at a refinery in Western Australia after extended negotiations.

"BP applied to terminate the expired agreement because it includes a number of terms that restrict productivity, efficiency and flexibility, and does not meet business needs," BP said in a statement to Reuters, adding it did not want to reduce salaries.

Late last year and after prolonged negotiations, consumer products giant Unilever sought the termination of an agreement at its Australian factory, which a spokeswoman said lacked the flexibility needed to run a competitive seasonal business.

“We could not continue operating without changes as it was simply not sustainable,” she said. A new agreement was then struck.

Some agreements have also been terminated with the consent of workers at the end of projects. But unions say the strategy is too often used to unfairly pressure workers.

"It has become too easy for unscrupulous employers to bully people with the prospect of cutting their wages by using the threat of agreement terminations to push them back to the legal minimum for their industry," Australian Council of Trade Unions secretary Sally McManus said in a statement.

This is the most liveable location for Asian expats in 2019

This train was derailed deliberately