Amazon seen spreading its tentacles to 5G with T-Mobile interest

One influential analyst called Amazon.com`s reported interest in the U.S. wireless market "batshit crazy." Another said it was a "trojan horse" to kill off the big wireless players. 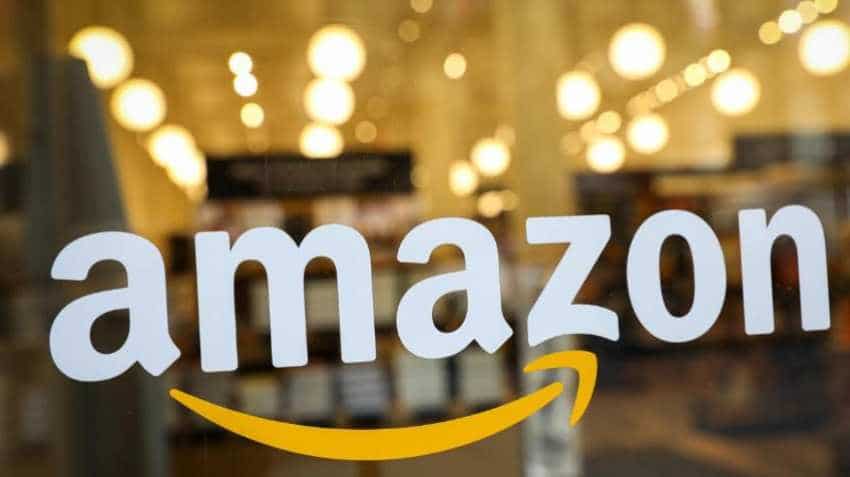 Amazon is interested in acquiring Boost Mobile, which will be sold by U.S. wireless carriers T-Mobile US Inc and Sprint Corp as part of plans to win regulatory approval of their proposed $26.5 billion merger. Image source: Reuters

One influential analyst called Amazon.com`s reported interest in the U.S. wireless market "batshit crazy." Another said it was a "trojan horse" to kill off the big wireless players. What`s becoming clear to the people who track the company is the ambitions of the world`s largest online retailer`s go far beyond replacing your phone service.

Amazon is interested in acquiring Boost Mobile, which will be sold by U.S. wireless carriers T-Mobile US Inc and Sprint Corp as part of plans to win regulatory approval of their proposed $26.5 billion merger, primarily because a purchase would include a six-year contract that allows access to the combined company’s wireless network, Reuters reported on Thursday, citing a source familiar with the matter.

The ambition signalled that Amazon is looking to dive deeper into the wireless industry, strengthen its cloud services and ultimately take advantage of the next-generation 5G networks that are expected to transform major facets of technology, according to analysts. That means the tech giant, which has evolved from a mere bookseller to a superstore of physical and digital products, could be setting its sights on taking on carriers such as AT&T Inc and strengthening itself against rival cloud providers like Microsoft.

Amazon did not immediately respond to a request for comment. Shares of Verizon Communications Inc and AT&T both closed down more than 4% on Friday. The market assumes Amazon wants to become a wireless carrier itself, "but that thinking is too small," said Colby Synesael, an analyst with Cowen. Amazon`s larger motivation could be that it expects 5G to be integral to cloud services in the future for industries like healthcare and autos, which will use 5G-enabled devices, he said.

These devices will connect to Amazon`s cloud, which will store the data. If Amazon can control both the wireless network and the cloud, it can sell the full suite of products for customers who want to build 5G services, which would give it an advantage over competing cloud providers, he said.

Barclays analyst Kannan Venkateshwar also saw a wide opportunity for Amazon. "In a 5G world, the opportunity from wireless for Amazon could include everything from managing warehouses … to reducing churn at Prime," he said in a research note to clients on Friday. Prime is Amazon`s paid subscription service that includes free delivery and access to streaming music and video.

Amazon has dabbled in this arena before. A 2014 attempt to take on Apple`s iPhone with the Fire Phone failed just a year later. In 2007 Amazon launched its free Whispernet 3G wireless service with the first Kindle reading device that let readers download books over the air. Last month, Amazon announced plans to launch over 3,000 satellites to provide internet access to rural areas around the world.

WIRELESS BUSINESS
If Amazon decides to compete as a more traditional wireless provider, “the impact for the wireless carriers, and particularly Verizon and AT&T, would be bleak,” said Jonathan Chaplin, an analyst with New Street Research. "They are happy to accept losses for years in order to eventually own a market,” he said.

Craig Moffett of MoffettNathanson, the analyst who called the idea of Amazon`s wanting to enter wireless "batshit crazy," said the prospect of Amazon wanting "to operate their own proprietary network for such purposes is economically insane." The sheer cost of attempting to build a national network would be an obstacle, he said, noting that Verizon and AT&T have each spent some $120 billion on their networks in the last decade alone.

T-Mobile and Sprint offered a series of concessions last week, including to sell Boost, in order to gain approval for the merger. The Federal Communications Commission has given the green light, the deal still needs approval from the U.S. Department of Justice.