Amazon CEO Jeff Bezos divorce: Who is MacKenzie Bezos? Things you may not know about her

MacKenzie Bezos (48), better known as the wife of Jeff Bezos, is an American Novelist who grabbed headlines because of the divorce announcement that the richest couple made recently. 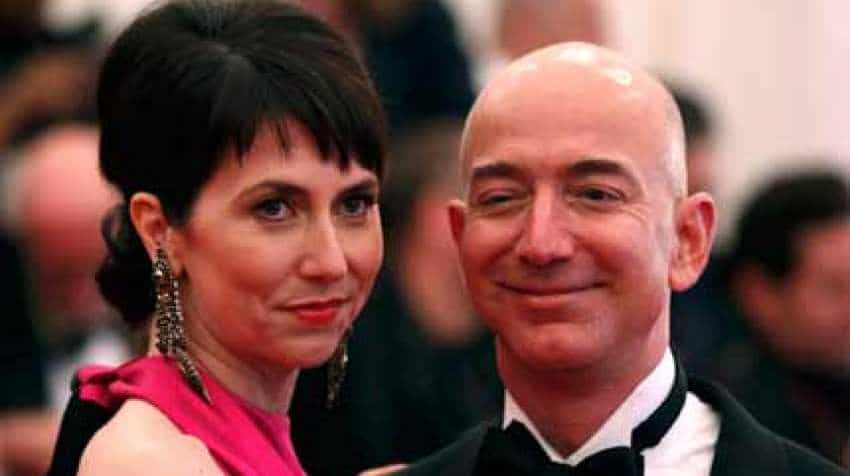 MacKenzie Bezos did accounting for Amazon for its first year after it was founded in 1994. image source: Reuters

MacKenzie Bezos (48), better known as the wife of Jeff Bezos, is an American Novelist who grabbed headlines because of the divorce announcement that the richest couple made recently. Mr. and Mrs. Bezos chose Twitter to announce their divorce to the world after 25 years of marriage. The Bezos couple has 4 children.

MacKenzie was born in San Francisco, California on 7 April 1970. Her father was a financial planner and mother, a homemaker. She graduated from Hotchkiss School in Connecticut and earned her bachelor's degree in English at Princeton University with highest honors in 1992. Reportedly, she was an exceptional student. Coming to her achievements, she won the American Book Award in 2006 for her first novel, The Testing of Luther Albright. She is also the author of another book named Traps.

MacKenzie Bezos did accounting for Amazon for its first year after it was founded in 1994. MacKenzie met Jeff while interviewing for a job at a New York hedge fund, according to a 2013 profile in Vogue. The two were engaged after three months of dating and married three months after that, according to the magazine.

MacKenzie is also the executive director of Bystander Revolution, an anti-bullying organization, founded by her in 2014.

Jeff Bezos in September committed $2 billion through the Bezos Day One Fund to helping homeless families and starting pre-schools for low-income communities. He had solicited ideas on Twitter in 2017 for ways to donate some of his wealth.

Last January, the couple donated $33 million to fund college scholarships for U.S. high schoolers with Deferred Action for Childhood Arrivals (DACA) status, an Obama-era program protecting young immigrants brought to the United States illegally by their parents. In 2012, the couple donated $2.5 million to a Washington state campaign to legalize same-sex nuptials there.

According to Refinitiv Eikon data, MacKenzie does not hold any Amazon shares directly, while Bezos has a 16.1 percent stake worth about $130 billion. Forbes magazine now estimates his overall net worth at $137.1 billion.