Alphabet's Eric Schmidt to step down as executive chairman 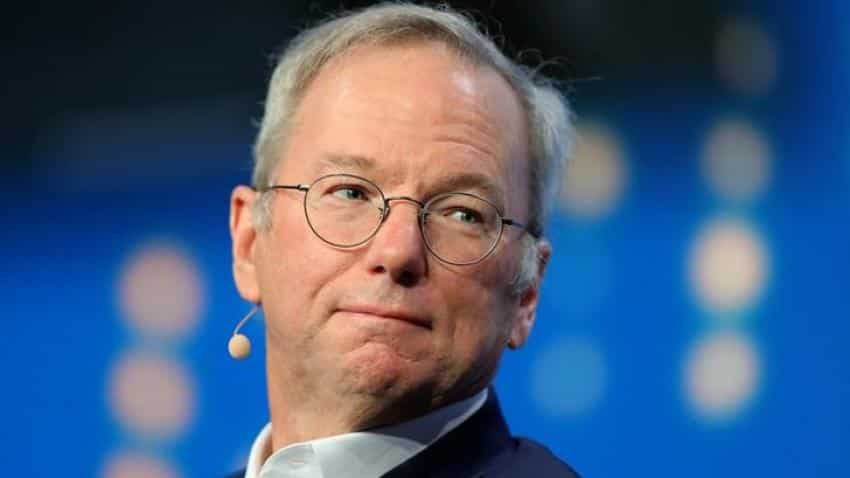 Alphabet Inc said on Thursday its Executive Chairman Eric Schmidt will step down in January, ending a 17-year-run in which he played a central role in building a promising startup called Google into a global technology powerhouse.

He will continue to serve on the Alphabet`s board of directors and act as an adviser on focused on technical and science issues, the company said.

"The time is right in Alphabet’s evolution for this transition," Schmidt said in a statement.

"I`m incredibly excited about the progress our companies are making and about the strong leaders who are driving that innovation," said Chief Executive Larry Page in a statement.

Schmidt, who was recruited to the company by Google co-founders Page and Sergey Brin, served as chief executive from 2001 through 2011, acting as what the three jokingly referred to as the "adult supervision."

Schmidt then became executive chairman, often traveling the world touting the company`s accomplishments, negotiating with governments on regulatory matters and speaking about the state of the tech industry.

"He helped them mature into the powerhouse business it is today without throwing away the uniqueness that was Google during those early days," said Joe Beda, chief technology officer of Seattle startup Heptio and a Google employee from 2004 through 2014.

Among Schmidt`s accomplishments were taking the company public in 2004, shepherding critical product initiatives like the Android mobile operating system, and overseeing a massive 2015 corporate restructuring in which Google became a business unit of the holding company Alphabet.

Bismarck Lepe, CEO of San Francisco startup Wizeline and a Google employee from 2003 until 2007, said Page and Brin focused on the company`s technology and the product strategies, while Schmidt focused on how to scale every product to a global level.

Schmidt "was incredibly smart and incredibly technical, which made him a perfect fit," Lepe added.

Schmidt`s tenure was not without its problems. Google, Apple and several other tech companies were hit with a class action lawsuit in 2011 alleging that executives including Schmidt and the late Apple CEO Steve Jobs conspired to keep wages down by not hiring one anothers` employees. The suit was settled for $415 million in 2015.

The company has also been hit with lawsuits alleging that it pays women less than men. It also faces a series of antitrust actions in Europe, though Schmidt was instrumental in convincing the U.S. Federal Trade Commission not to pursue antitrust actions in the United States.

Schmidt spent more than a decade at Sun Microsystems and ran the now-defunct networking company Novell before joining Google in 2001. The 2004 initial public offering came at time when the industry was still reeling from the dot-com bust, but it helped lay the groundwork for the current boom.

Shuman Ghosemajumder, chief technology officer of Mountain View, California, startup Shape Security and a Google employee from 2003 until 2010, recalled that shortly after the IPO, Schmidt spoke at an all-hands meetings and said that he, Page and Brin had the ambition of making Google a $100 billion company.

"And Eric said `You pick,`" recalled Ghosemajumder. “That was definitely inspiring to me.”

Alphabet now carries a market cap of $741 billion, and this year, it is projected to surpass $100 billion in annual revenue, according to analyst estimates.