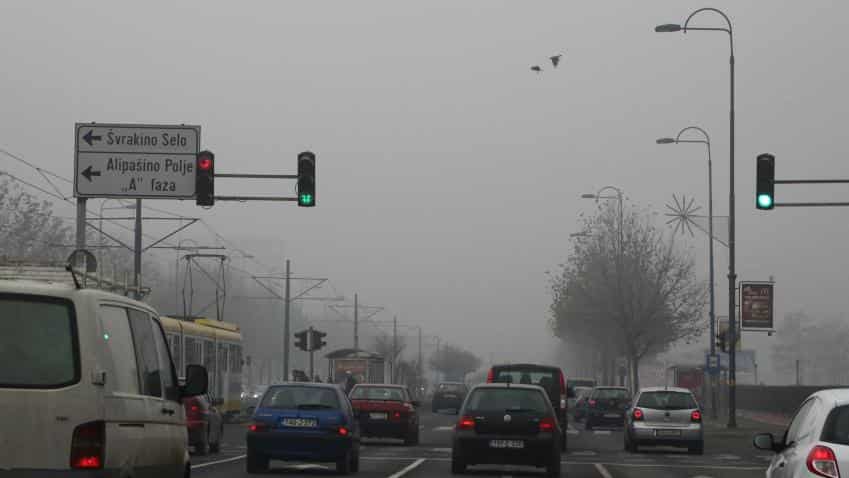 The image shows a view on the street in Sarajevo, Bosnia-Herzegovina, on December 8, 2015. Image Source: IANS/Xinhua/Haris Memija

Air pollution deaths have cost the global economy about $225 billion in lost labour income in 2013, according to a new study.

The World Bank and the Institute for Health Metrics and Evaluation (IHME) conducted a joint study to estimate the costs of premature deaths related to air pollution, cited the World Bank in a press release on September 6.

The study was conducted to strengthen the case for action and facilitate decision making in the context of scarce resources.

According to its findings, air pollution has emerged as the deadliest form of pollution and the fourth leading risk factor for premature deaths worldwide.

"An estimated 5.5 million lives were lost in 2013 to diseases associated with outdoor and household air pollution, causing human suffering and reducing economic development," it said.

As per the findings, the cost of annual labour income losses was the highest in South Asia followed by East Asia and the Pacific and Sub-Saharan Africa.

The annual labour income losses cost the equivalent of almost 1% that is 0.83% of gross domestic product (GDP) in South Asia.

In East Asia and the Pacific, where the population is ageing, labour income losses represented 0.25% of GDP.

In Sub-Saharan Africa, where air pollution impairs the earning potential of younger populations, annual labour income losses represented the equivalent of 0.61% of GDP.

The findings further stated that when the study was conducted through 'welfare losses' approach, the aggregate cost of premature deaths was more than $5 trillion worldwide in 2013.

In East and South Asia, welfare losses related to air pollution were the equivalent of about 7.5% of GDP, it added.

"Air pollution is a challenge that threatens basic human welfare, damages natural and physical capital, and constrains economic growth. We hope this study will translate the cost of premature deaths into an economic language that resonates with policy makers so that more resources will be devoted to improving air quality," said World Bank's vice president for sustainable development Laura Tuck in a release.

"By supporting healthier cities and investments in cleaner sources of energy, we can reduce dangerous emissions, slow climate change, and most importantly save lives," Tuck added.