The most common ground between these Wolves have been earning millions when stock market was in bubble phase. 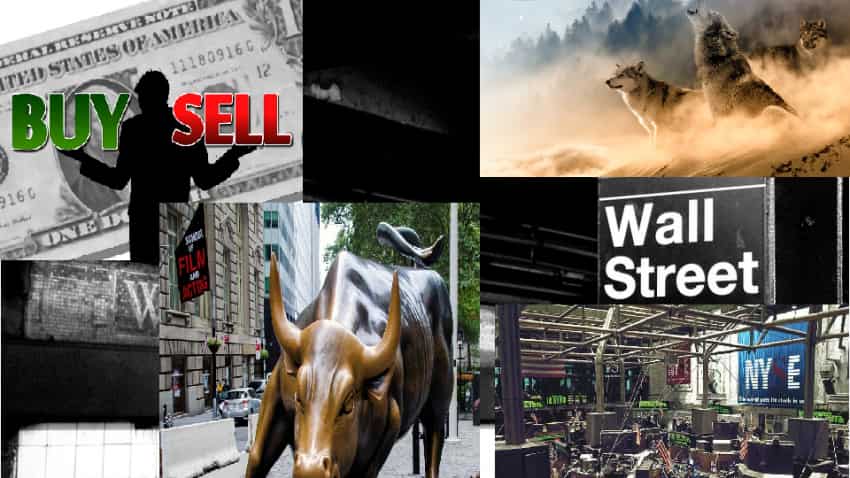 If given a thought, there are many Wolves of Wall Street. Photo: Pixabay
Written By: Pooja Jaiswar
RELATED NEWS

Have demat account? Beware! Instead of profit, you may lose money to brokers! Read warning

Stay alert, stay away from frauds! Here's what NSE wants investors to follow

Stock market investor? Beware! You can lose your money, do not ever make these mistakes

Income Tax Return (ITR) filing: Availed loss on selling equities, mutual funds? Here’s how you can set them off in your tax return

Leonardo DiCaprio stunningly portrayed a stock market broker in Martin Scorsese's ‘The Wolf of Wall Street’, displaying the madness and hunger to make money. DiCaprio's character showed how to think beyond the nature of markets can help you win even in the worst case scenarios. The actor was playing the role of Jordan Belfort who is a former stock broker, American author and motivational speaker, who made millions from his investments during 1990s. If given a thought, there are many Wolves of Wall Street, in recent times investors like Warren Buffett who have stunned every company, investors and markets in the way they make money. However, there are many other investors we can help learn from. One common thing between these Wolves is that they earned millions when stock market was in bubble.

You can achieve greatness by either following your own instincts and being ready to accept whatever lies ahead of you. These Wolves have managed to do it that far.  Best way to describe stock market would be a roller coaster, always filled with ups and downs, optimistic, risky, patient and a machine to make money.

MoringStar author Larissa Fernand in her research note lists out two behaviours of Joe Kennedy, JFK’s Father and Bernard Baruch who was a speculator, financier, philanthropist, friend of Churchill, and adviser to U.S. presidents Wilson, Roosevelt and Truman.

Cited by  MorningStar note, Joe Kennedy ones decided to get his shoes polished on fine day. Nothing special about that, except the shoeshine boy turned out to be a more of a chatterbox. But what interesting this boy said was highlighting stock tips. Instead of being offended, Kennedy was alarmed. This advice from a young boy, brought him a realization that the market was speculatively overbought.

The outcome from Kennedy’s story was that, he began to offload his portfolio surprisingly in the midsts of roaring bull market. In fact, Kennedy took another step ahead, by shortening the market.

Going forward, Bernard Baruch who reveals identical behavior in ‘My Own Story’ published by Henry Holt back in 1957. The book reveals Baruch’s financial success on Wall Street.

A occasion of Baruch with an old beggar became quite famous. The story goes like this: Baruch often gave gratuities to this beggar. One day, the beggar stopped him and said, he has a good tip for him.

Baruch quoted saying, “When beggars and shoeshine boys, barbers and beauticians can tell you how to get rich, it is time to remind yourself that there is no more dangerous illusion than the belief that one can get something for nothing.”

According to Fernand, Baruch was extremely distrustful of tips and inside information of every kind. He believed that it was designed to mislead the gullible. Tips are most numerous when the market is booming. At that time, anyone's tip will seem good. This only draws people deeper and deeper into the market. It was apparent that he perceived speculation to be an art and was not for fools.

The journey of Baruch has been bittersweet. From his losses on markets, two conclusion were revealed, at first insufficient knowledge of the securities and over leveraging positions.

A point of note is that, Baruch learned from every stock investments he made, and became a millionaire at the age of 30. His few noteworthy investments were American Sugar Refining Company which gained hefty when cheap foreign sugar was barred from the country. Further, his control along with JP Morgan and W.B Thompson in Gulf Sulphur which later was renamed as The Texas Gulf Sulphur Company became later one of the largest sulfur mining in the world. Not only that, the Gulf Sulphur began production back in 1919, later by 1921 it got listed on New York Stock Exchange and by end of 1925 it controlled 40% US market.

Typically preaching his own counsel and believes, Baruch orchestrated his capital from $60,000 to an overwhelming $3.2 million in those period.

Here’s a list of 10 tips from Baruch, which can help you gain and spot stock market bubble.

1. Don't speculate unless you can make it a full-time job.

2. Beware of barbers, beauticians, waiters -- of anyone -- bringing gifts of "inside" information or "tips."

3. Before you buy a security, find out everything you can about the company, its management and competitors, its earnings, and possibilities for growth.

5. Learn how to take your losses quickly and cleanly. Don't expect to be right all the time. If you have made a mistake, cut your losses as quickly as possible.

6. Don't buy too many different securities. Better to have only a few investments that can be watched.

7. Make a periodic reappraisal of all your investments to see whether changing developments have altered their prospects.

8. Study your tax position to know when you can sell to greatest advantage.

9. Always keep a good part of your capital in a cash reserve. Never invest all your funds.

10. Don't try to be a jack of all investments. Stick to the field you know best.

Hence, if you planning to have an heart for equities make sure you are beyond the nature of tradings.

Have demat account? Beware! Instead of profit, you may lose money to brokers! Read warning

Stay alert, stay away from frauds! Here's what NSE wants investors to follow

Stock market investor? Beware! You can lose your money, do not ever make these mistakes

Income Tax Return (ITR) filing: Availed loss on selling equities, mutual funds? Here’s how you can set them off in your tax return