US President Joe Biden first day in office: Without wasting any time and only hours after assuming the office of the US President, Joe Biden said the United State will join the climate accord. 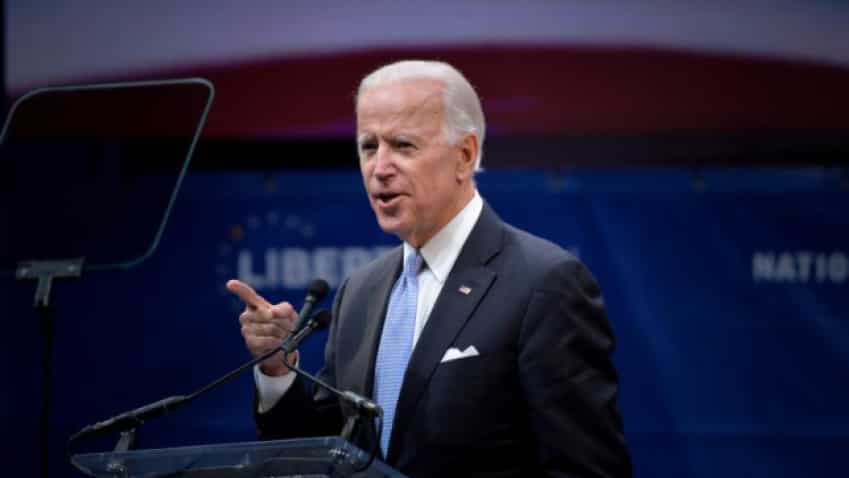 US President Joe Biden first day in office: The Paris accord commits 195 countries and other signatories to come up with a goal to reduce carbon pollution and monitor and report their fossil fuel emissions. Source: Reuters
Reported By: ZeeBiz WebTeam
Written By: ZeeBiz WebTeam
Edited By: Harish Dugh
RELATED NEWS

Without wasting any time and only hours after assuming the office of the US President, Joe Biden said the United State will join the climate accord. “A cry for survival comes from the planet itself. A cry that can't be any more desperate or any more clear now,” Joe Biden said in his inaugural address on Wednesday.

In the process he also fulfilled one of the campaigns pledge. Biden's action is seen as a strong message that the US is prepared to cooperate in the fight against climate change and seek to reclaim the leadership role it once held.

The US President launched a series of climate-friendly efforts that would transform how Americans drive and get their power.

The move undoes the US withdrawal ordered by predecessor Donald Trump, who belittled the science behind climate efforts, loosened regulations on heat-trapping oil, gas and coal emissions, and spurred oil and gas leasing in pristine Arctic tundra and other wilderness.

The Paris accord commits 195 countries and other signatories to come up with a goal to reduce carbon pollution and monitor and report their fossil fuel emissions.
The United States is the world's number 2 carbon emitter after China.

Biden's move will solidify political will globally, former United Nations Secretary-General Ban Ki-moon said on Wednesday. “Not a single country in this world, however powerful, however resourceful one may be, can do it alone,” said Ban, speaking virtually at a briefing in the Netherlands for an upcoming Climate Adaptation Summit.

“We have to put all our hands on the deck. That is the lesson, very difficult lesson, which we have learned during last year," as Trump made good on his pledge to pull out of the global accord.

Meanwhile, he ordered a temporary moratorium on new oil and gas leasing in what had been virgin Arctic wilderness, directed federal agencies to start looking at tougher mileage standards and other emission limits again and began revoking Trump's approval for the Keystone XL oil and gas pipeline.

Another first-day order directed agencies to consider the impact on climate, disadvantaged communities, and on future generations from any regulatory action that affects fossil fuel emissions, a new requirement.

Human-caused climate change has been linked to worsening natural disasters, including wildfires, droughts, flooding and hurricanes. However, there was no immediate word on when Biden would make good on another climate campaign pledge, one banning new oil and gas leasing on federal land.

After Biden notifies the UN by letter of his intention to rejoin the Paris accord, it would become effective in 30 days, UN spokesman Alex Saier said.

Rejoining the Paris accords could put the US on track to cutting carbon dioxide emissions by 40 per cent to 50 per cent by 2030, experts said. There's a lot we can do because we've left so much on the table over the last four years," said Kate Larsen, former deputy director of the White House Council on Environmental Quality during the Obama administration.

Biden has promised that the needed transformations of the US transportation and power sectors, and other changes, will mean millions of jobs.

Opponents of the climate accord, including Republican lawmakers who supported Trump's withdrawal from it, have said it would mean higher gas prices and higher electricity prices even though wind and solar have become more affordable than coal, and competitive with natural gas, in generating electricity.