In one of its biggest deals, Cloud software firm Salesforce has announced to acquire Microsoft Teams rival and enterprise chat platform Slack for $27.7 billion. 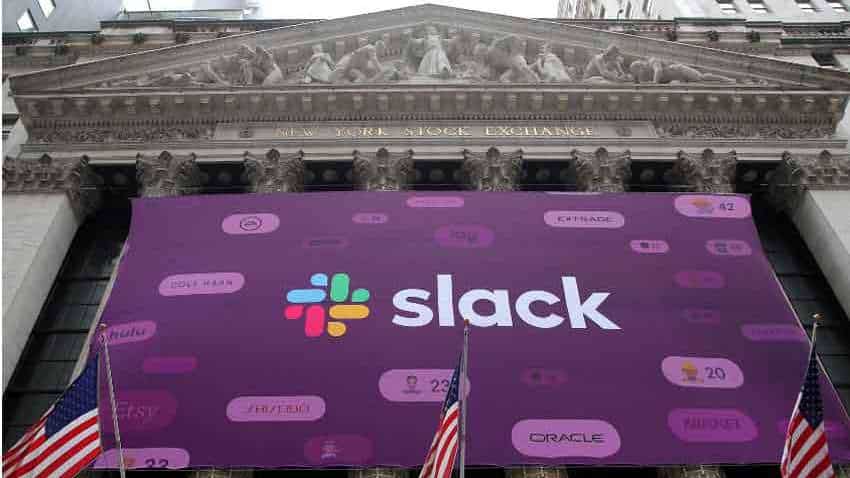 In one of its biggest deals, Cloud software firm Salesforce has announced to acquire Microsoft Teams rival and enterprise chat platform Slack for $27.7 billion.

Salesforce is a leader in the customer relationship management (CRM) market.

Unlike Zoom, Microsoft Teams and Google Meet, Slack hasn`t seen a meteoric rise as video meetings surge during the pandemic and this acquisition will help the video conferencing app cement its position in the remote working era.

As of October, there were 115 million daily active users of Microsoft Teams while Slack had 12 million users in 2019 (the last that it reported active users).

According to Salesforce, combining Slack with its Customer 360 platform will be transformative for the industry.

The combination will create the operating system for the new way to work, uniquely enabling companies to grow and succeed in the all-digital world.

"This is a match made in heaven. Together, Salesforce and Slack will shape the future of enterprise software and transform the way everyone works in the all-digital, work-from-anywhere world," said Marc Benioff, Chair and CEO, Salesforce.

Under the terms of the agreement, Slack shareholders will receive $26.79 in cash and 0.0776 shares of Salesforce common stock for each Slack share, representing an enterprise value of approximately $27.7 billion.

"The opportunity we see together is massive," said Stewart Butterfield, Slack CEO and Co-Founder.

As software plays a more and more critical role in the performance of every organisation, "We share a vision of reduced complexity, increased power and flexibility, and ultimately a greater degree of alignment and organisational agility," he elaborated.

Slack in June this year joined Amazon in a multi-year agreement to take on its closest rival Microsoft Teams.

Under the new deal, all Amazon employees will get access to Slack`s office tools.

After claiming that Microsoft Teams is not a real competitor to Slack, Butterfield said in May that the success of Slack threatens Microsoft`s entire Office 365 empire.

Slack will be deeply integrated into every Salesforce Cloud.

As part of the world`s leading CRM player, Slack will be able to expand its presence in the enterprise, not just among Salesforce customers, but for any company undergoing digital transformation.

Together, Salesforce and Slack aim to create the most extensive open ecosystem of apps and workflows for business and empower millions of developers to build the next generation of apps, with clicks not code.