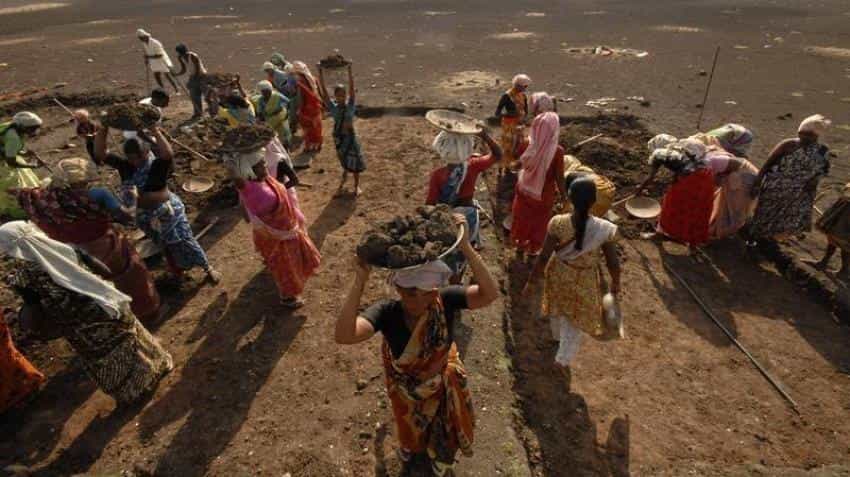 The government till date has implemented a number of schemes to provide women with equal rights, legal aid, economic opportunities. Image source: Reuters

With Union Budget knocking at the door, government is expected to give more thrust on employment generation for women not only in urban areas but also in rural parts of the country.

Modi government is consistently making efforts to empower women with introduction of several schemes in the past budgets. But still a lot needs to be done for the welfare and economic development of women population in the country poised to stand in the category of developed nations.

On the other hand if the proposal of two days paid leave to women during menstruation gets an approval by the Modi government, this would be another leap towards the welfare of working women.

The year 2016-2017, however, saw the largest number of women employment under Mahatma Gandhi National Rural Employment Guarantee Act (MGNREGA), which was introduced by the UPA government in 2006.

Under this programme, a total number of 5.04 crore households have been provided employment in 138.64 lakh works and out of which 56 per cent work have been generated by women, according to a three year report card of the rural development ministry.

The government till date has implemented a number of schemes to provide women with equal rights, legal aid, economic opportunities. However, there is a lack of awareness among women who often difficulties in accessing the benefits.

In order to resolve this and to provide women with easy access to information about their rights and what are the benefits that they can avail, Union Minister for women and child development Maneka Gandhi has announced a new web portal.

#NARI is a niche initiative by @MinistryWCD to list down all the Centrally & State Specific Schemes. The information will be updated on real-time basis: Smt. @Manekagandhibjp pic.twitter.com/li2X4d4GAQ

By logging in to www.nari.nic.in, one can have all the information about the government's different programmes for women.The portal has the details of 350 different schemes for women and will be updated from time to time.

In last year's budget allocation, the Women and Child Development Ministry received a nearly 26 per cent increase with the total money set aside climbing to Rs 22,095.

An allocation of Rs 1.86 lakh crore has been made for various schemes for women and children across ministries as compared to Rs 1.56 lakh crore in last fiscal.

Big relief for employers! Modi Govt to give salary refund over pregnancy leaves after massive backlash