Union Budget FY19: Where the govt allocates most cash from its kitty and where it doesn't 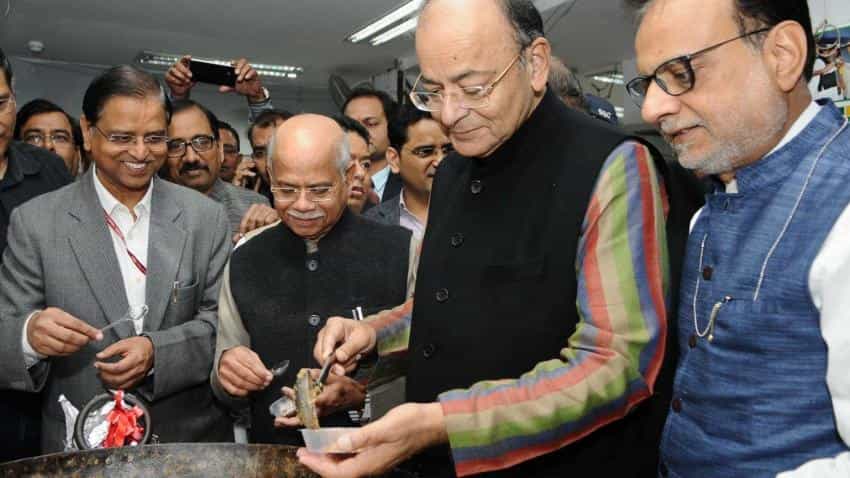 Before we embark on the new financial year, the government of India has set aside funds to spend on various sectors. As Finance Minister Arun Jaitley presented the budget on Thursday it was clear that all time high allocations were made towards infrastructure in FY19.

The data put together by Care Ratings analyst revealed that the highest capital expenditure every year has been set aside for defence services.

Nearly 33% of the budget for capital expenditure goes in the upkeep of defence services in India, the report added.

The allocation for the Defence Ministry in the Union Budget 2018-19 stands at Rs 2,95,511 crore. This is an increase of a little less than 6% over the Revised Estimate of last year.

The capital expenditure for defence also rounds out to amount to 1.59% of India`s Gross Domestic Product (GDP).

For a well-functioning defence sector though analysts had suggested Defence Budget should be at least 2.5% of the GDP, a report by PTI claimed.

The money for the defence sector will be used to produce two corridors and a new Defence Production Policy will be formulated to promote defence manufacturing in the domestic sector.

"These are the first ever Defence Production Corridors being set up in the country. These corridors will give a big boost to defence production in the country," said Defence Minister Nirmala Sitharaman.

The least amount of capital expenses goes towards civil aviation, which Care Rating pointed out was a decline of 61% in comparison to previous years.

“The budget allocation for capital expenditure has been significantly lower in 2018-19 compared with the previous years for financial services (-68%), Civil Aviation (-61%), Urban Development (-15%), Health and Family welfare (-16%),” the report said.

Stocks of the listed aviation companies climbed on Thursday as the government announced addition of more airports under the regional connectivity scheme.

A total of Rs 721 crore has been allocated to civil aviation ministry for this purpose. 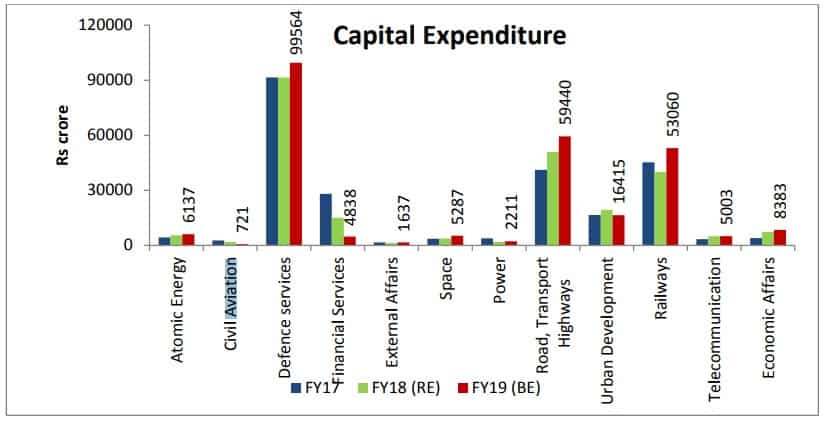