Union Budget 2018 and impact on the market

Fiscal deficit stands at 3.5% and the projection for the next fiscal is 3.3% 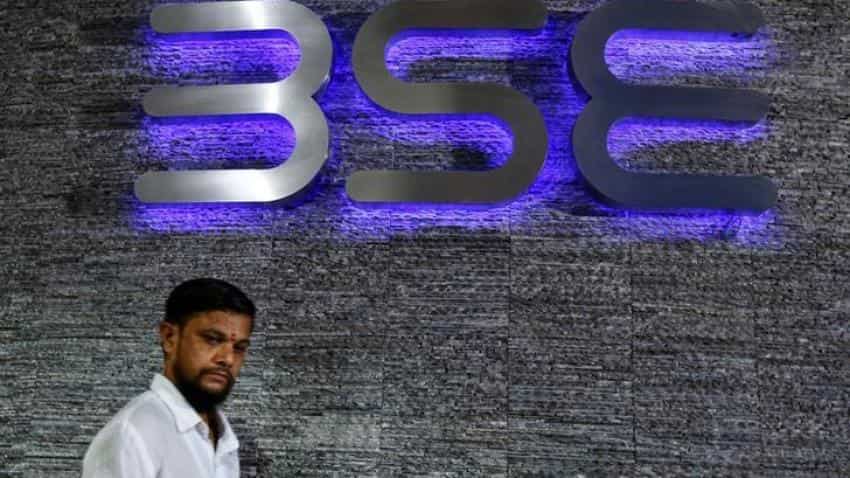 Corporate tax of 25% for the companies with turn over upto Rs 250 Crore in Financial Year 2016-17. Image source: Reuters
RELATED NEWS

Here are some of the highlights of the Union Budget and the way the market has responded so far:

Long Term Capital Gain Tax to be introduced on equity investments. As evident from the five minute intraday chart of the Sensex, the market reacted fiercely to it. Infact, the Sensex fell from the intraday high of 36218 to  make a low at 35526 before the V shape recovery happened.

However, since the gains in the equity market have been extremely good at least since the last couple of years, the investors are likely to digest this development gradually. Not only the Sensex, but several other indices behaved in almost a similar fashion . However, Pharma and Realty  indices on the NSE could not recover as much after the fall. Both trended downward for the major part of the day.

Customs Duty on several items has been increased . This will help those manufacturers who are producing these items in India itself. This list includes televisions , mobile phones ,  edible vegetable oils, bus and truck tyres and watches.

Here is a glimpse of the intraday price action  along with the daily chart of Tyre majors MRF and CEAT . 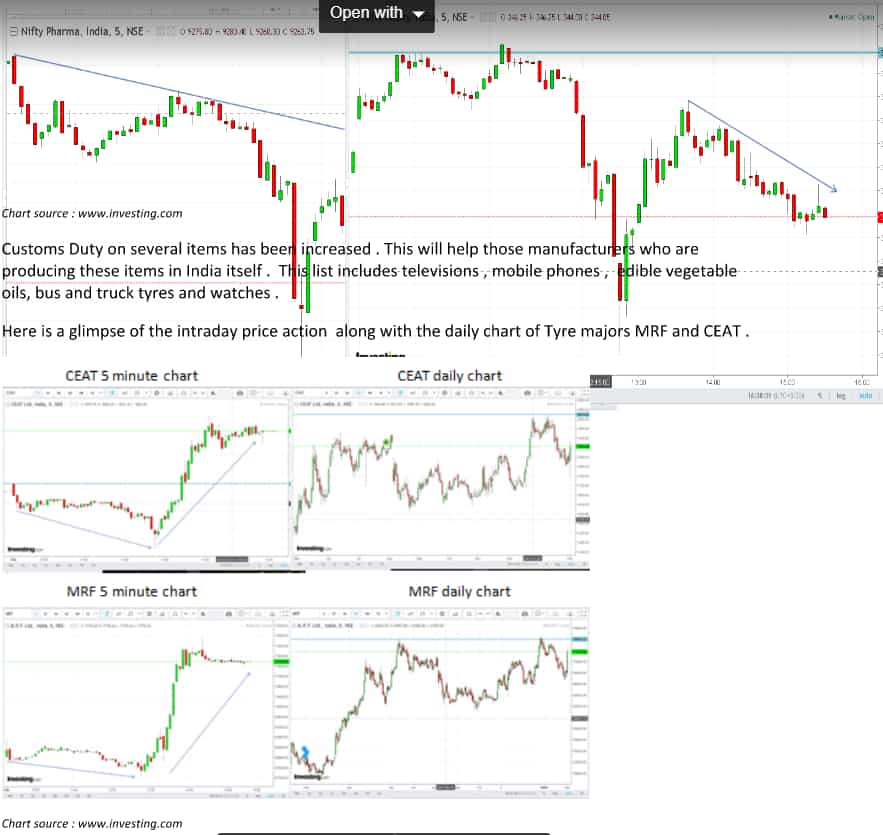 In both the cases we see that the price fell to some extent , however, it not only recovered but rose fiercely later on. Also, a look at the daily chart shows that prices of both had run into some resistance zone and were falling since few weeks. Today both have closed very strongly with tall green candles . In the terminology of Technical Analysis, a green candle refers to a trading session in which the closing price is greater than the opening price . If the real body of that candle is tall , this means that the difference between the open and the close is big. Hence, the session may be perceived to have been very bullish.

A big push is being provided to the agriculture sector. The government wants farmers to earn more by being able to produce more at a lower cost.  Rs 2000 crore  has been set aside for Agricultural market and infra fund and Rs 500 crore has been allocated for Operation Green to be launched. Operation Green will promote agricultural products. Rs 10,000 crore each has been allocated for Fisheries and Aquaculture Development Fund and Animal Husbandry Infra fund.

Besides this a lot is being done in infrastructure, defence , education and health care.

Now what could be in store for the investors in the equity market?

As we can see the Broad Market Index on the BSE found huge support twice in the month of February 2016 around the 22500 levels and rallied till the first week of September 2016. This was followed by a correction till November – December 2016 after encountering resistance around 29,000 levels in September 2016. By November – December 2016 it had formed a bottom between 25700 and 25800 levels.

Then began one of the biggest rallies of recent times and we are yet to see a major correction. It seems that the markets are in no mood to give away the gains as yet. However, correction cannot be ruled out. After all, healthy corrections are considered to be good for the market.

(The author is Faculty with BSE Institute Limited)