In the broader market, the BSE Midcap and the BSE Smallcap underperformed and shed up to 0.6 per cent. 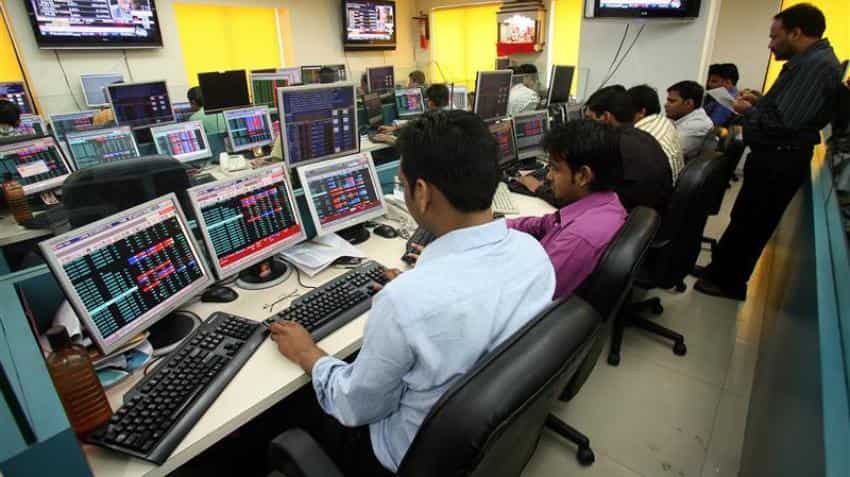 Sentiment remained cautious ahead of the Budget 2018 due tomorrow. Image source: Reuters

The domestic market extended losses for the second straight session on Wednesday tracking Asian markets, which pulled further back from the record highs after on Wall Street, the Dow registered its biggest two-day drop since September 2016.

In today's session, 11,000 -11,121 on Nifty would be seen as intraday trading range for the index. Only a sustainable breach from the important point of 11,000 may apply brakes on the ongoing momentum," said Angel Broking in a technical report.

In the broader market, the BSE Midcap and the BSE Smallcap underperformed and shed up to 0.6 per cent.

ICICI Bank, Coal India, and Hindustan Unilever were the top losers on Sensex and shed 1 per cent each on the BSE.

The annual estimates of gross domestic product (GDP) data will be released later in the day. On Monday, the Economic Survey predicted that India's real GDP growth will clock 6.75 per cent in fiscal year (FY) 2017-18. It also predicts that the growth will scale to 7 to 7.5 per cent in FY 2018-19.

The B-Day due tomorrow

Sentiment remained cautious ahead of the Budget 2018 due tomorrow as investors expect the Finance Minister Arun Jaitley to not tinker with the long-term capital gains (LTCG) tax, while they also hope the fiscal deficit for FY18 do not breach the budgeted target of 3.2 per cent.

As many as 147 companies are likely to report December quarter numbers today. These include Dabur, Escorts, GHCL, HCC, ICICI Bank, IDBI, JK Lakshmi, JSW Steel, L&T, NTPC and PVR among others.

Asian markets were trading lower. MSCI’s broadest index of Asia-Pacific shares outside Japan added to the previous day’s losses and dipped 0.2 per cent, after reaching a record high on Monday.

Wall Street, which has recently hit a succession of record peaks, has led a global equities rally over the past year thanks to strong world growth fuelling higher corporate earnings and stock valuations.