Jaitley makes an effort to please all through his budget 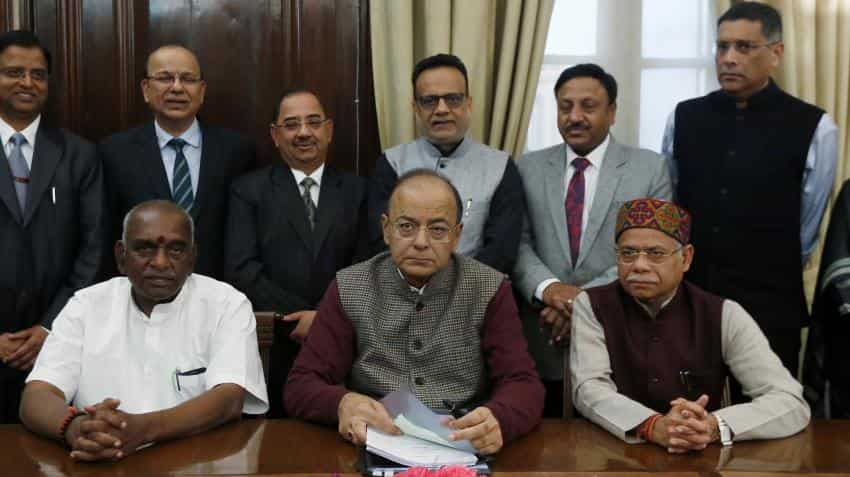 Finance Minister Arun Jaitley today presented the Budget for 2018-19 with several important announcements. Jaitley spoke of massive spending on rural infrastructure, to win over voters in the countryside where two-thirds of India`s people.

The complete speech of Finance Minister on budget

Here are the highlights of the budget:

India`s benchmark 10-year bonds slumped after the government set a higher-than-expected fiscal deficit target for the year starting in April.

"Overall measures have very strong social sector emphasis, which covers agricultural and rural sectors all the way to health and education sectors. Simultaneously, there is focus on infrastructure as well."

"As early as Aug-Sept last year, as the fiscal numbers were coming in, we were expecting a slippage in this target. But it has panned out. The bond market had expected fiscal slippage, I think it has not been as wide as feared."

"Divestment is expected to be much better than targeted for the first time in many years."

"We were expecting (fiscal deficit of) 3.4 percent for the current year and 3.2 percent for the next year, and these announcements are slightly higher than expected. This is slightly negative for bond markets."

"The long-term capital gain is a singular negative thing for the stock markets."

"With the agrarian crisis and unemployment situation, these kinds of policies are expected with or without elections."

"It was no surprise to us that they relaxed the deficit targets. It looks like the BJP is aiming to shore up support among rural voters, there have been plenty of measures announced to boost the rural economy. These are quite trademarked things ahead of an election."

"In cumulative terms, the deficit has already overshot the previous target, it had to be revised up, but it does need to demonstrate some kind of fiscal prudence. The deficit this year will be same as last year, I don`t think that comes as a surprise."

The Lok Sabha, which was adjourned after the budget presentation, will remain adjourned on Friday as a mark of respect to sitting BJP MP from Maharashtra, Chintaman Wanaga, who died in New Delhi on Tuesday.

On Thursday, before the Budget was presented, Speaker Sumitra Mahajan made an obituary reference to the deceased member, and added that the House should have been adjourned for the day but could not be in view of the Budget presentation.