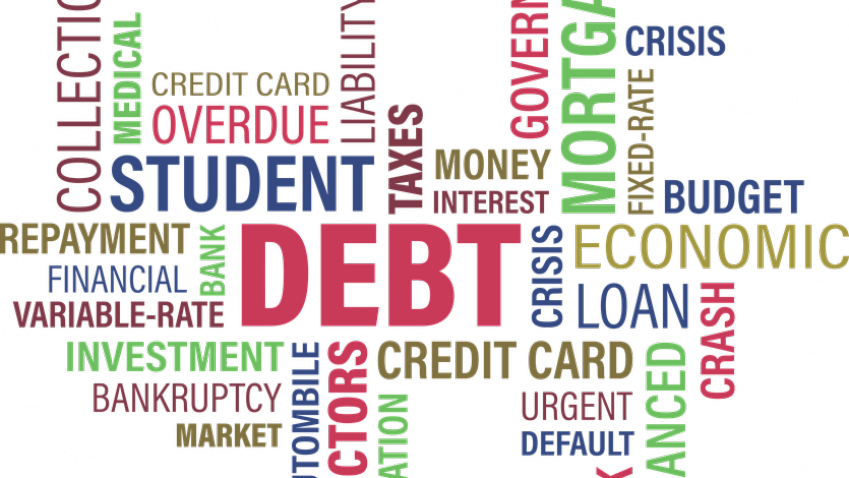 The Economic Survey 2016-17 pointed out at a problem of twin balance sheet, or, over-leveraged India Inc and bad-loans laden public sector banks (PSBs).

Meanwhile, Credit Suisse in its report stated that around 40% of the corporate debt it monitored was owed by companies which had an interest coverage ratio less than 1. This means they did not earn enough to pay the interest obligations on their loans.

CS carried out survey on 3700 listed non-financial companies in India.

However, in mid-2000s, India sailed through the global financial crisis (GFC) and witnessed growth, stated the Survey. 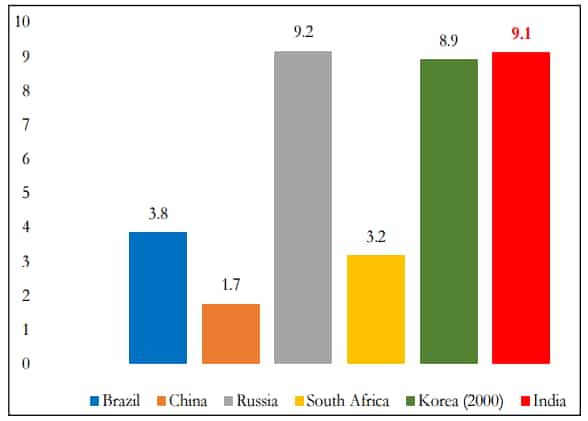 Survey said, “This happened because Indian companies and banks had avoided the boom period mistakes made by their counterparts abroad. More precisely, in this view, they were prevented from accumulating too much leverage, because prudential restrictions kept bank credit from expanding excessively during the boom, while capital controls prevented an undue recourse to foreign loans.”

It said, “India developed its own unique version of TBS: what recent Economic Surveys called a ‘Balance Sheet Syndrome with Indian Characteristics’.”

As per analysts, the unrecognised debts are estimated around 4% of gross loans, and perhaps 5% at public sector banks.

In that case, total stressed assets would amount to about 16.6% of banking system loans – and nearly 20% of loans at the state banks.

From 2012- mid 2015, the sampled companies saw steady earnings of Rs 25,000 crore per quarter, which gave hope that some loans would be recovered.

However, till end of 2015, the earnings of companies had diminished to Rs 20,000 crore per quarter. And by September 2016 they had fallen to just Rs 15,000 crore per quarter, as a modest recovery in the metals sector was overwhelmed by a further deterioration in the infrastructure companies.

Survey added, “This means, an aggregate cash flow in the stressed companies – which even in 2014 wasn’t sufficient to service their debts – has fallen by roughly 40% in less than two years.”

Debt of top ten companies in India has been consistently rising, so much so that till end of FY16, debts has reached over Rs 7.51 lakh crore.

At least 13 of these banks, accounting for approximately 40% of total loans are severely stressed, with over 20% of their outstanding loans, classified as restructured loans or NPAs.

Also, since the past two years, the  ROA has turned negative. 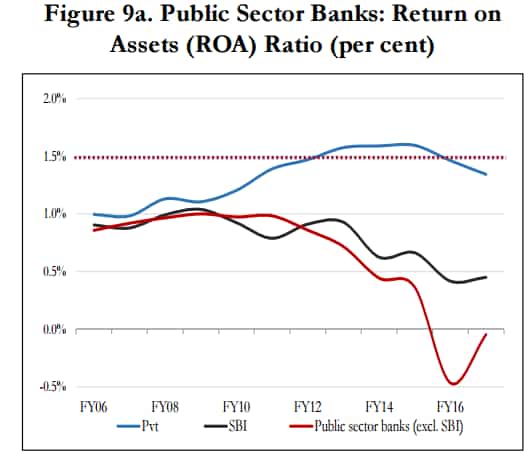 To tackle the bad loans problem, the economic Survey 2016-17, has suggested creation of a centralised Public Sector Asset Rehabilitation Agency (PARA) that could take charge of the largest, most difficult cases, and make politically tough decisions to reduce debt.